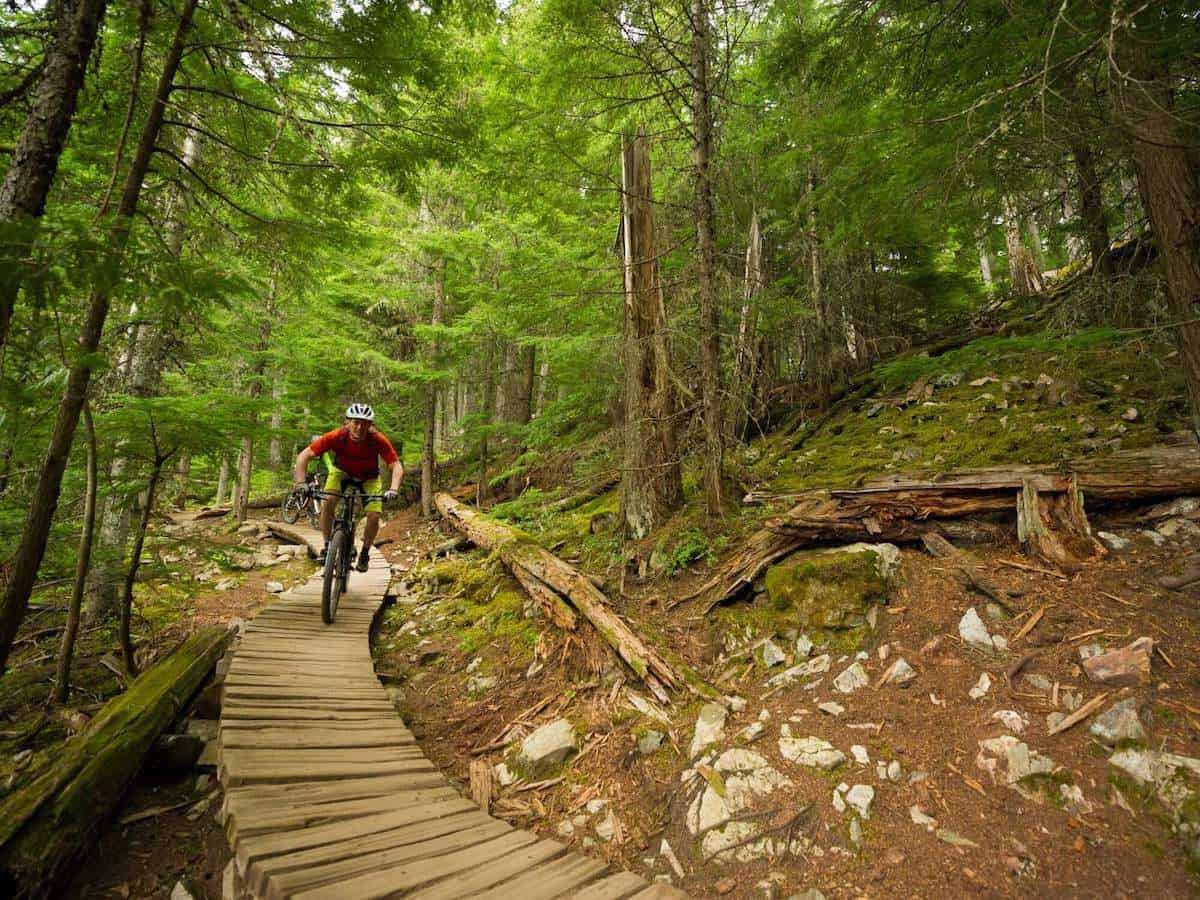 Pretty much wherever you go in the United States, you can find some form of mountain biking. Trails might range from short, mellow pedals through the woods to unsanctioned proving grounds with formidable drops and other crazy features. But for the most part, there’s a good mix of singletrack in almost every state (sorry Oklahoma… you are very far down the list).

But which has the best mountain biking? Where should you go for varied terrain, hundreds of miles of singletrack, and a great mountain biking culture? Keep reading to find out!

In this post, I reveal my top choice for which state has the best mountain biking in the US and two top runner-up contenders

First, let’s look at what makes for great mountain biking:

In order to be awarded the best mountain bike state in the US, the mountain biking terrain needs to be unique and varied. Personally, I like to ride a wide variety of trails from slickrock slabs to high alpine traverses and everything in between. The winning state must have lots of different options when it comes to where and what to ride.

If you’ve ridden in both the eastern and western United States, you know that access to public lands makes a big difference when it comes to mountain biking. In the east, most mountain bike networks are contained in state parks or preserves (and some private land), but in the west, mountain biking is spread far and wide over public lands.

What’s next? Mountain biking is an evolving and growing sport, so that means new trails should be planned, new networks laid out, grant and state money funneled into projects, mountain bike clubs formed and supported… the list goes on. The best mountain bike state should have big plans for the future!

The top three states with the best mountain biking

Drum roll, please! Here are the top three US states with the best mountain biking:

For me, Utah is a clear winner when it comes to the best mountain biking in the US. There is just so much riding there and so many different types of trail.

TERRAIN: The mountain biking terrain in Utah is all over the place and that’s a good thing! From the red slickrock of Moab to the dialed bike parks in Park City to the cross-country trails around Salt Lake City, Utah is hands-down home to the most extensive and varied mountain biking in the US. And the views are incredible.

BIKE PARKS: In addition to miles and miles of pedaly singletrack, Utah also offers five lift-served mountain bike parks around the state. Most are located in northern Utah around Salt Lake City and Park City, but Brian Head Resort is down near Cedar City. The gold star bike park in Utah is Deer Valley and it really should be on every mountain biker’s bike-it list.

PUBLIC LANDS: Fun fact, Utah ranks third for percentage of public lands after Alaska and Nevada. 75.2% of Utah is public land, which is a lot! Now, this doesn’t mean we can ride our bikes anywhere on 3/4 of Utah, but it does mean that compared to many other states, access to and potential for mountain bike trails across the state is huge.

INNOVATION: There are a lot of great things happening in Utah to maintain and build upon the mountain biking networks already in place. One project I’m really excited about is the Pahvant Trail System going in at Richfield, Utah.

Arizona is a strong runner-up to Utah. It’s home to tons of mountain biking including one of my favorite destinations of all time: Sedona. But it doesn’t quite have the variety or extensiveness of trail that Utah has.

TERRAIN: The mountain biking terrain in Arizona is stunning. From the red cliffs of Sedona to the blooming desert singletrack in Tucson, Arizona may be the most scenic place to ride in the US. But it doesn’t quite match up to the variety that Utah offers.

PUBLIC LANDS: Over half of Arizona is public land, which leaves lots of open space to explore on two wheels!

INNOVATION: Page, Arizona is a place to watch. They recently received several grants from IMBA to build singletrack around the Glen Canyon National Recreation Area.

Moving away from the southwest, Washington is another one of my favorite states to ride in. I haven’t explored this state as much as Utah or Arizona, but what I’ve seen so far warrants third place for best mountain biking in the United States.

BIKE PARKS: Washington is home to one bike park – Steven’s Pass Bike Park. Unfortunately, it didn’t open in 2021, but fingers crossed the lifts will run in 2022.

PUBLIC LANDS: Washington is around 42% public land. However, much of this land is forested and does not have trail networks like Utah and Arizona.

INNOVATION: Two programs that I’m super excited about in Washington are the Flying Squirrels and Radical Rippers. They’re both mountain bike clubs in Bellingham for girls from 2nd grade through high school and they’re doing amazing things! Just watch this awesome video presented by Transition Bikes.

There’s also a ton of trail development happening around the state especially outside of Seattle.

A note about Colorado because I think many mountain bikers would agree that Colorado deserves to be in the top three.

Personally, I don’t love mountain biking in the Rocky Mountain State (even though my favorite trail of all-time is there) because much of the singletrack in Colorado is repurposed hiking trail. That means super steep, long climbs with mediocre descents. Is there great mountain biking in Colorado? Absolutely, but as a whole, I think Utah, Arizona, and Washington have more fun and engaging stuff to offer.

That being said, a lot of people love mountain biking in Colorado. Just be prepared for tough climbs!

What’s your take on the best mountain biking in the US? Which states deserve the top three places for best singletrack? 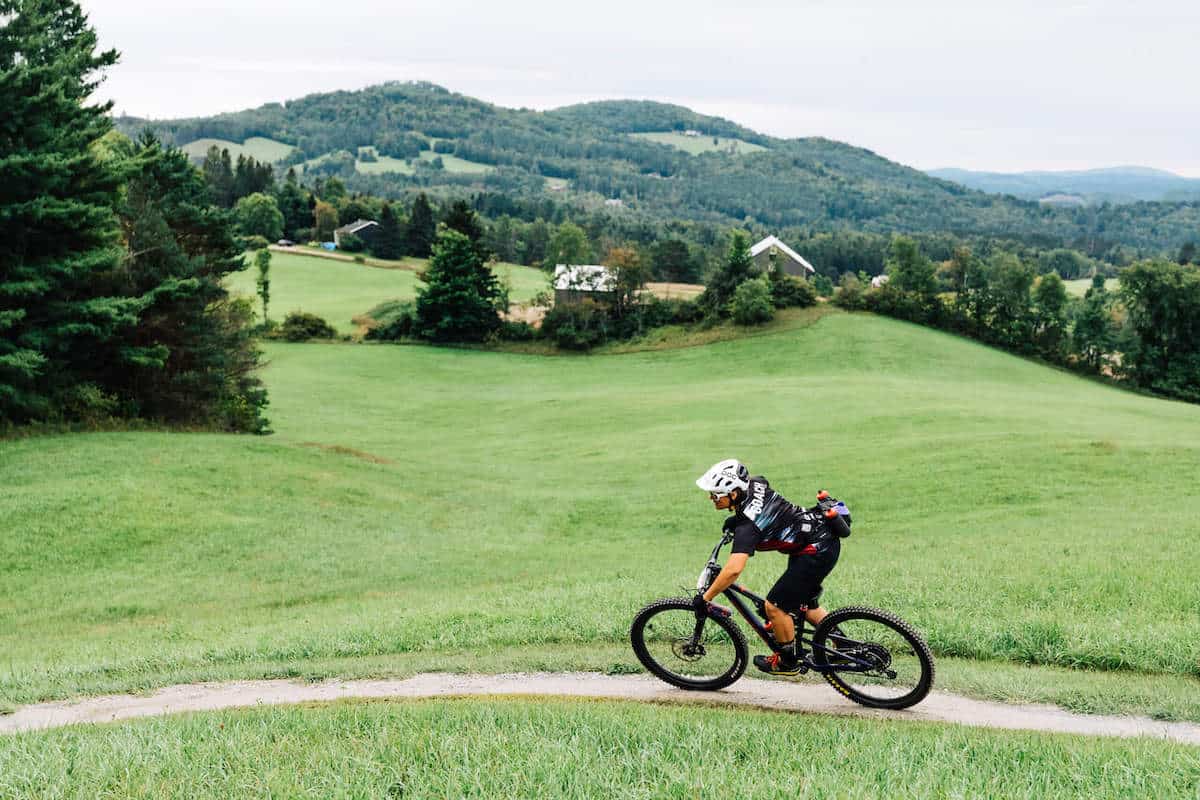 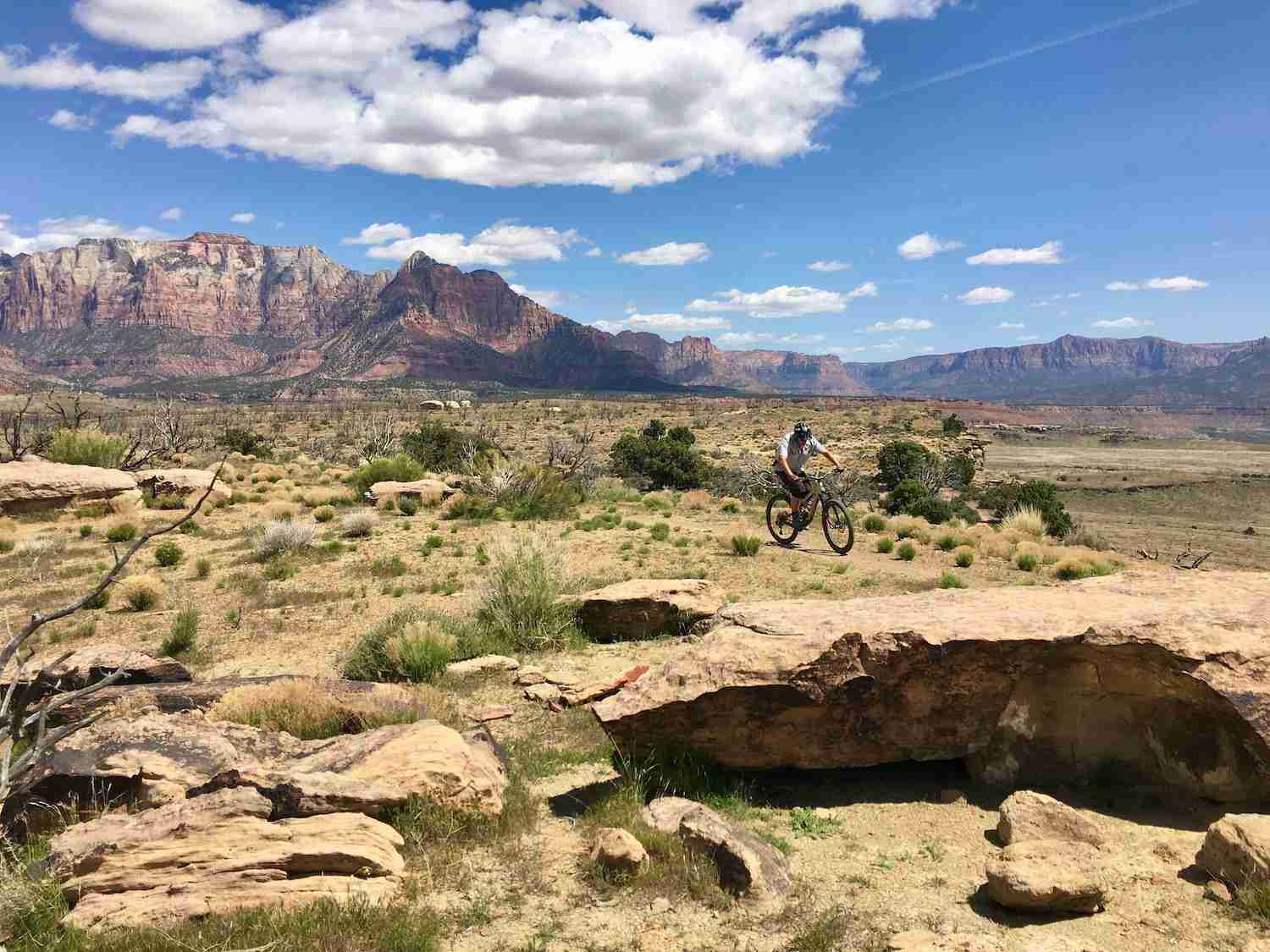 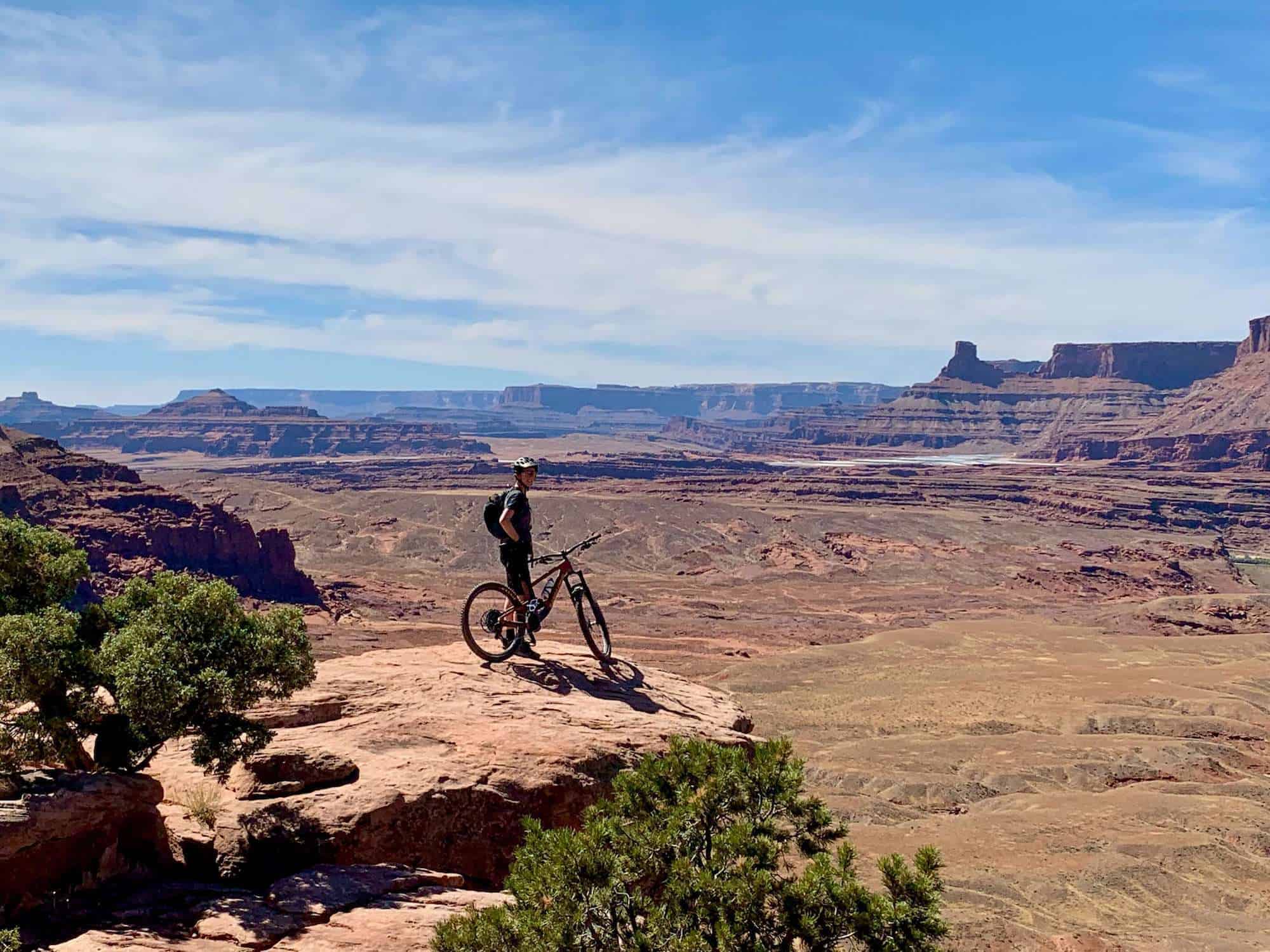 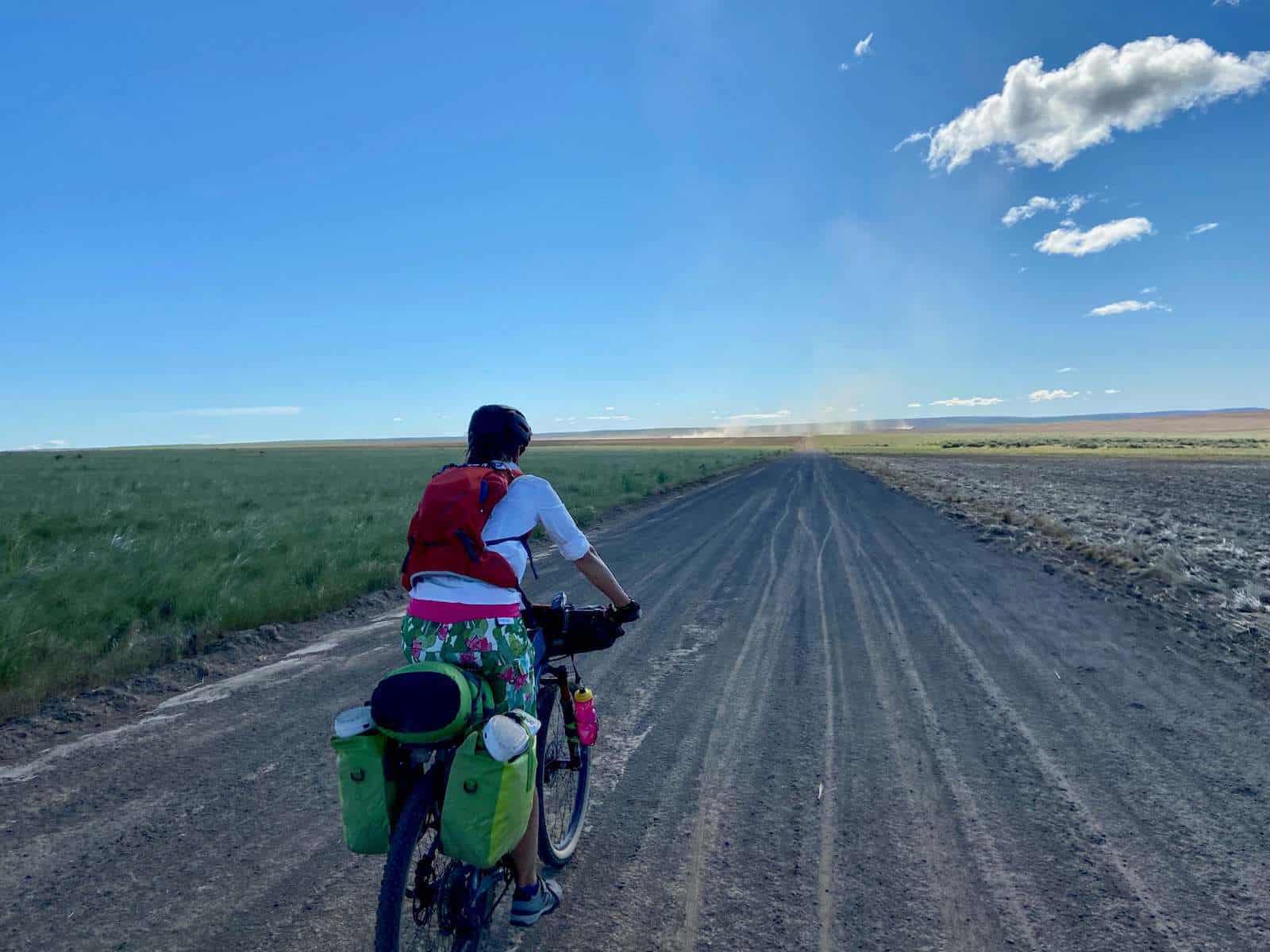 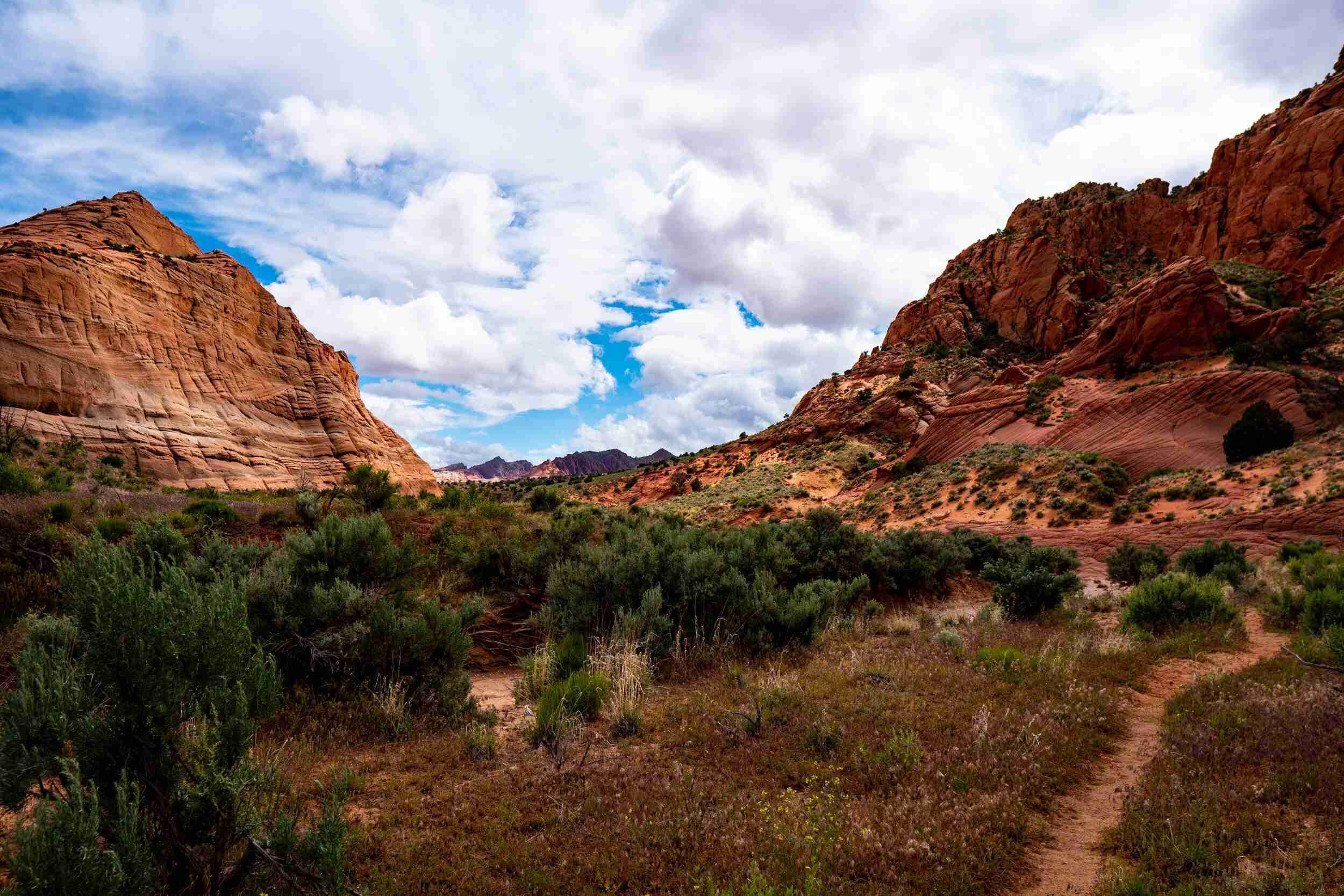 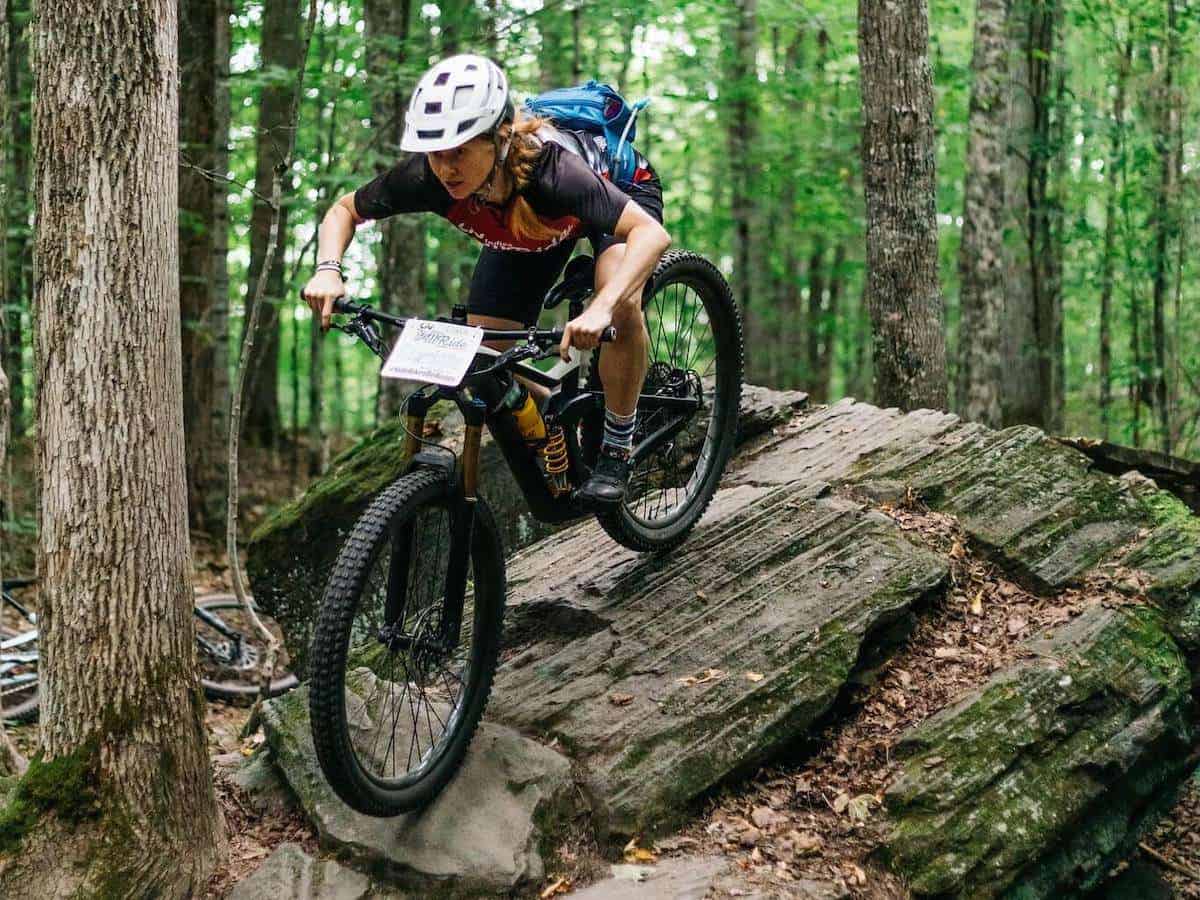