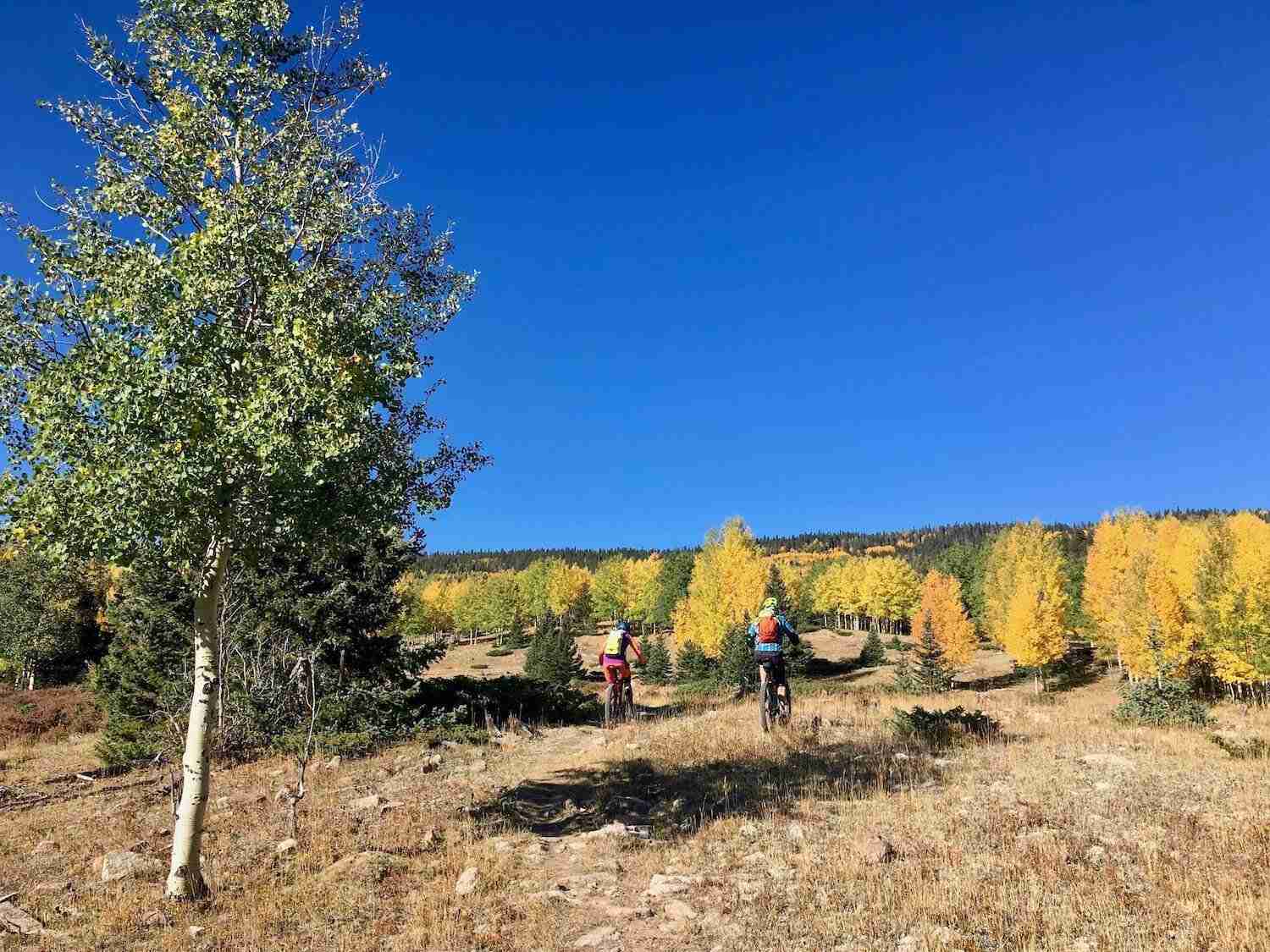 The South Boundary Trail is an IMBA Epic ride located outside of Taos, New Mexico. It’s 21-miles of cross-country fun through beautiful aspen groves with a bit of climbing (there’s always climbing…), lots of scenic pedaling, and a 4-mile section of rowdy descent. Learn more about riding the SBT below!

The South Boundary Trail in New Mexico is a 21-mile mostly singletrack ride that runs from Angel Fire (ish – it doesn’t actually start in the town of Angel Fire) down along the boundary of Carson National Forest to Taos, New Mexico. The trail runs through beautiful forest and high, open meadows with several chances of catching a glimpse of the Sangre de Christo mountain range.

The SBT is designated an IMBA Epic ride because of its length and backcountry appeal. It’s mostly a cross-country pedal with few technical features until you hit the last four miles in which you lose the vast majority of elevation.

If you’re looking for a great ride outside of the Angel Fire Bike Park, put this one on your list!

(There’s a good chance that affiliate links are scattered throughout this post. If you click on one I may receive a small commission at no extra charge to you and I’ll definitely be using it to buy bike gear.)

About The South Boundary Trail

For climbing, there’s about 1,700ft of elevation gain in total (with a brutal 1.5-mile grind up a rock-studded doubletrack at the beginning) and almost 4,500ft of descending. The trail can be ridden out-and-back but that would be a HUGE day. I recommend booking a seat with Shuttle Taos.

There’s not a lot of tech on this trail until you start the 4-mile descent at the end and then it’s pretty much full-on with tricky rock gardens, tight switchbacks, and steep, loose chunder. If you aren’t up for that much rowdiness, there is a go-around via the Ojitos Trail.

How to Ride the South Boundary Trail

I highly recommend booking a shuttle for the South Boundary Trail. You could shuttle yourself, but the road up to Osha Mountain is quite rough and personally, I wouldn’t take anything but a high-clearance 4×4 truck or Jeep up there.

Shuttle Taos is the only shuttle company for the South Boundary Trail. Be prepared for any early morning, though. We met the van at the El Nogal Trailhead at 8am and then it was an hour+ ride up to the Osha Mountain starting trailhead. The last few miles of the drive are quite rough and bouncy.

Trails that make up the South Boundary Epic

First up for the day is a grunt of a climb up an extremely rocky doubletrack road that is technically rideable in full but in my opinion not worth the gasping and burning legs. It’s a pretty quick 800ft/1.5 mile ascent, though, and you top out at around 10,700ft – the highest elevation of the ride. Don’t be ashamed to walk.

The South Boundary Trail begins with a short descent on more rocky fire road before the trail turns into singletrack and you hit the best part of the whole ride: “Heaven on Earth”. This is a fast and flowy sidehill section that makes you think this whole ride is gonna be great!

For the next 10 miles, though, it’s all pedally and frankly a little boring, in my opinion. I found my mind wandering to non-mountain bike related thoughts such as “I wonder if Taos has good ice cream” and “what would it take to make my life one big road trip?”.

It’s easy to zone out here because the views are hidden by trees and the singletrack is smooth and monotonous. But you may love it!

The South Boundary Trail develops into some mellow ups, quite a bit of fire road, a few beautiful meadows (including Garcia Park where some riders choose to start the ride), a long, flat pedal through scenic aspen and oak forests, and glimpses of the Sangre de Christo mountains to the right.

It’s ‘nice’, but not overly engaging. On the other hand, the group that we took the shuttle with said that South Boundary Trail is “the best trail in New Mexico”. So there you go. Ride it and form your own opinion!

It’s not until mile 17 or so that things get rowdy. You will come to a steep, loose pitch followed by several very rocky and loose switchbacks that are challenging and fun.

Then the trail opens up a bit for more rocky and steep sections that will have you either quickly assessing and executing lines on the fly or slamming on the brakes to scope out the best course of action.

Somewhere in the middle of the down there’s a great view out over Taos that is worth a photo stop.

You’ll quickly get back into the trees for the final descent to the parking area. It’s fast on the straightaways but watch out for the switchbacks, they come up fast and there are often hiker’s on the trail, so check your speed.

And just like that you’re done! The 21 miles goes fast and it can easily be done in under two hours if you’re charging.

The last four miles of the South Boundary Trail are pretty steep, rocky, and full-on. If you want to bypass this section and finish on a mellower note, you can take Ojitos trail. I haven’t ridden it personally, but I do believe that it’s an easier way down to the parking area.

The biggest concerns on the South Boundary are water and navigation. Make sure you bring plenty of water with you and have some sort of map or navigation guide. Here’s what I recommend bringing with you for your ride:

I give the South Boundary Trail a 2.5 out of 5 for IMBA Epicness. It’s primarily a pedaly cross-country ride with a bit of legit DH at the end. The middle 10 or so miles feel a little monotonous with few to no engaging features or really any scenic views.

Somehow it always feels like you’re pedaling uphill. The forest is spectacular, especially in the fall when the leaves are changing, but vistas and overlooks are lacking. It will appeal more to cross country riders than to enduro or DH mountain bikers.

Have you ridden the South Boundary Trail in Taos, New Mexico? What did you think? Let us know in the comments below! 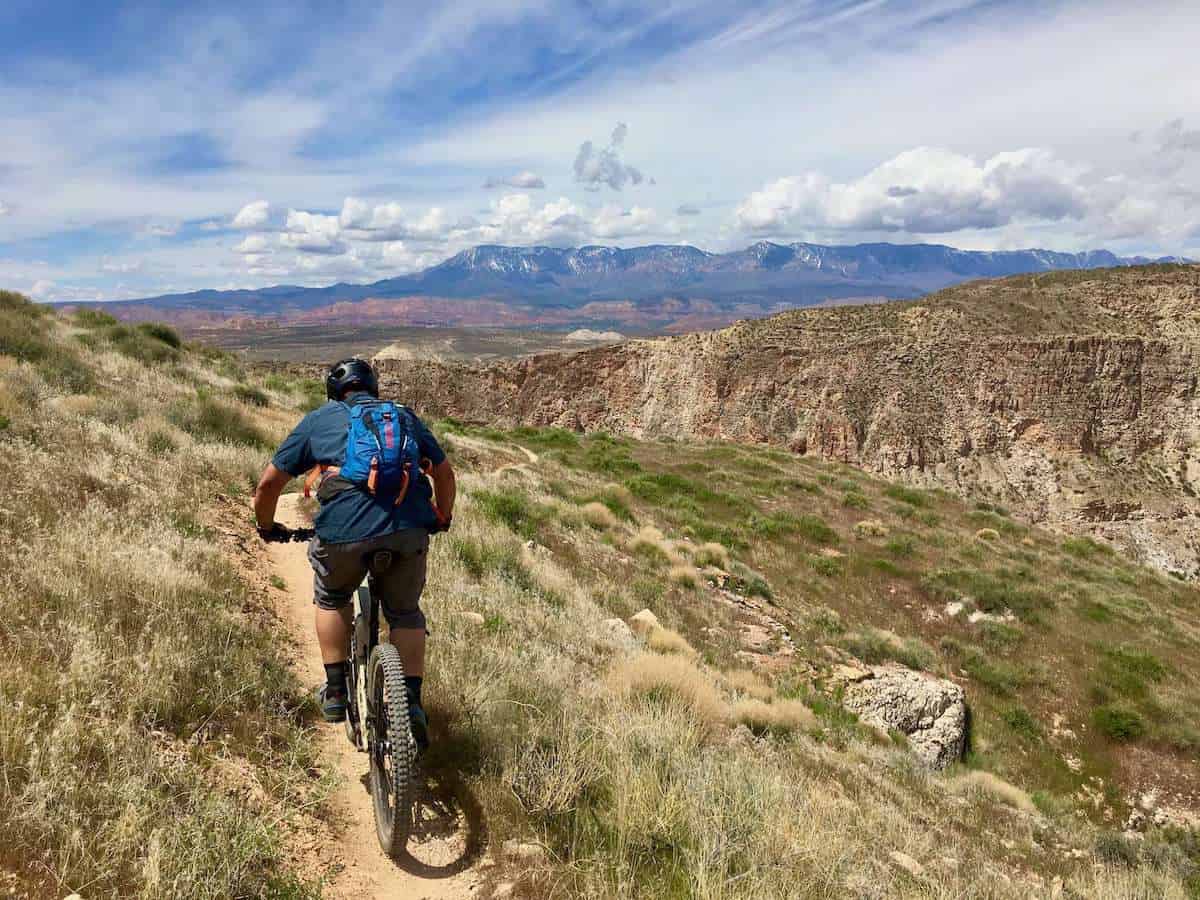 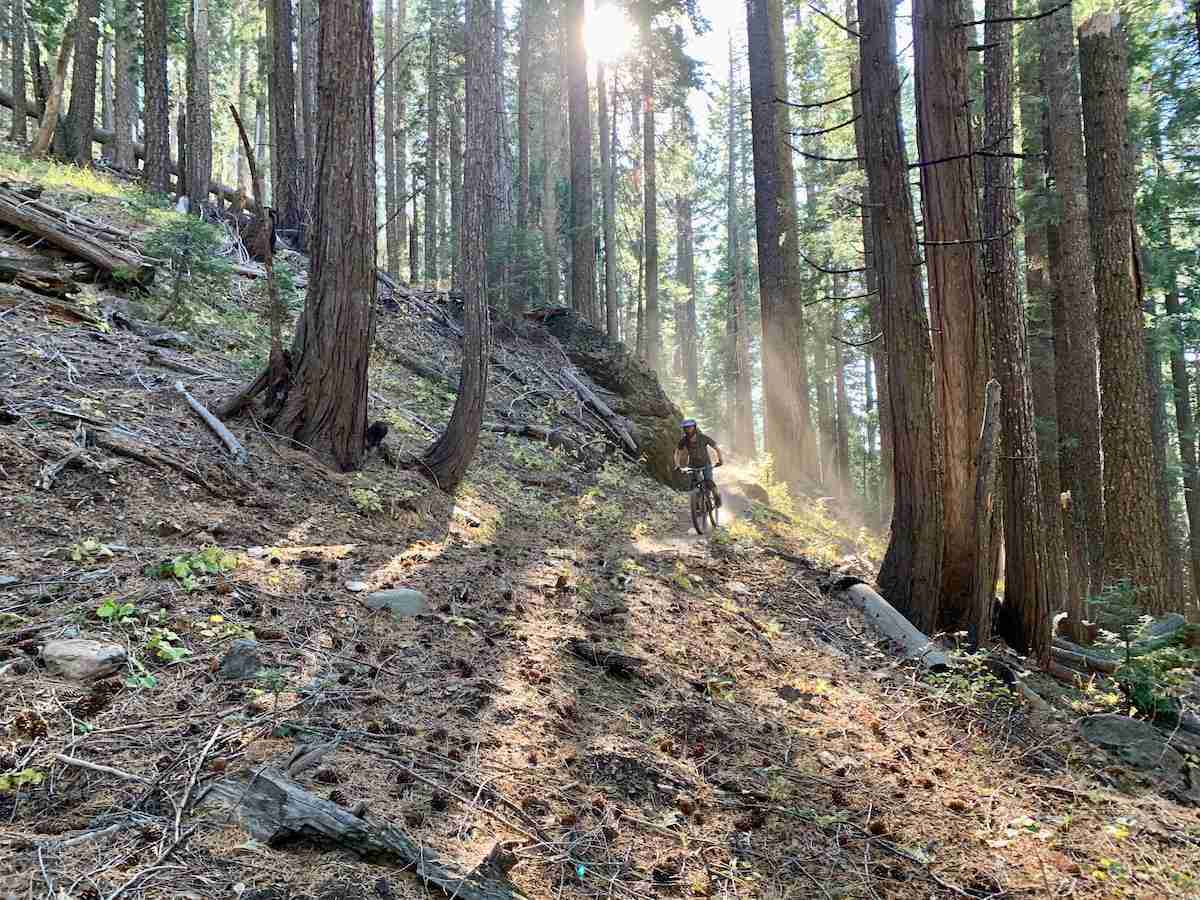 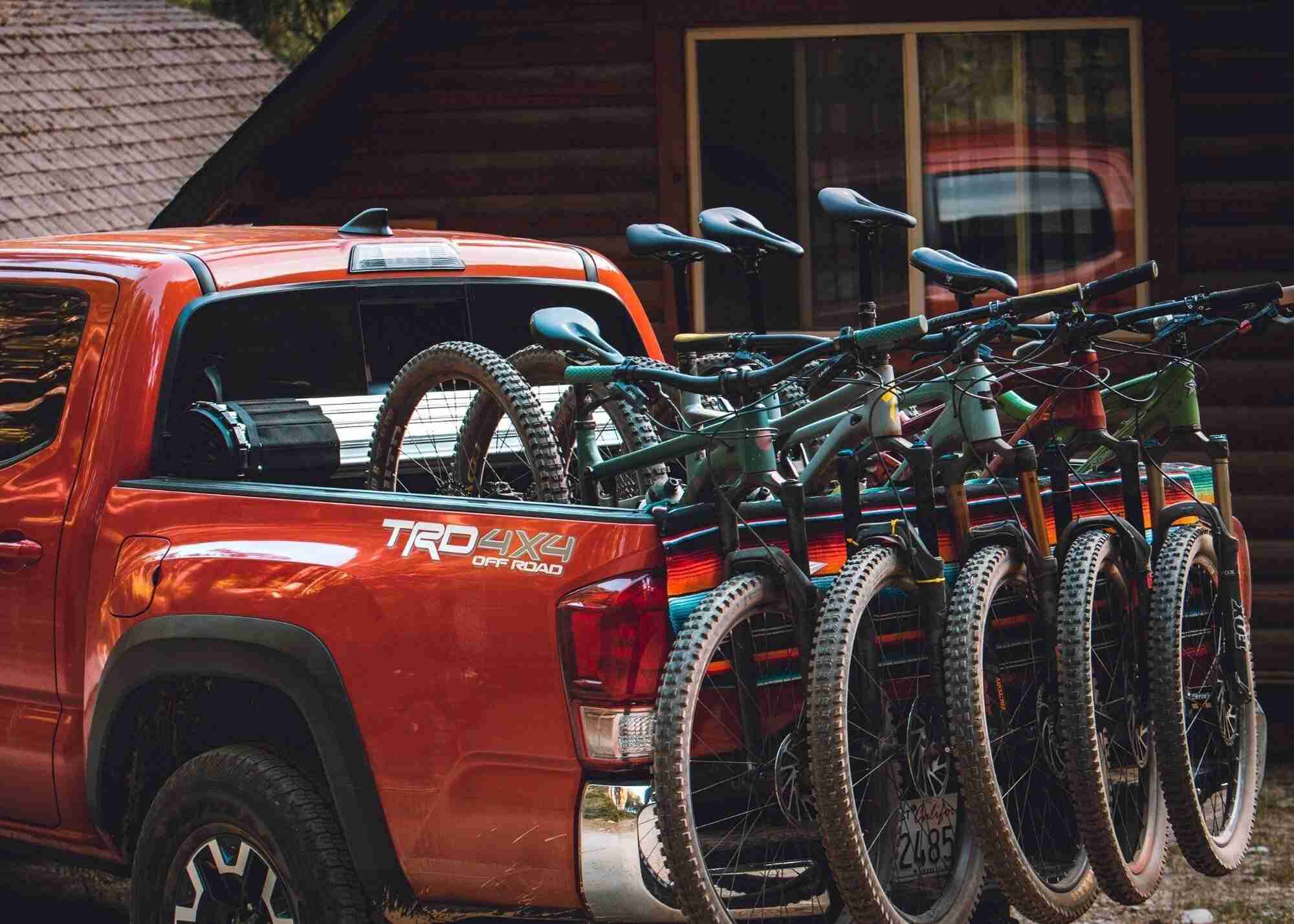 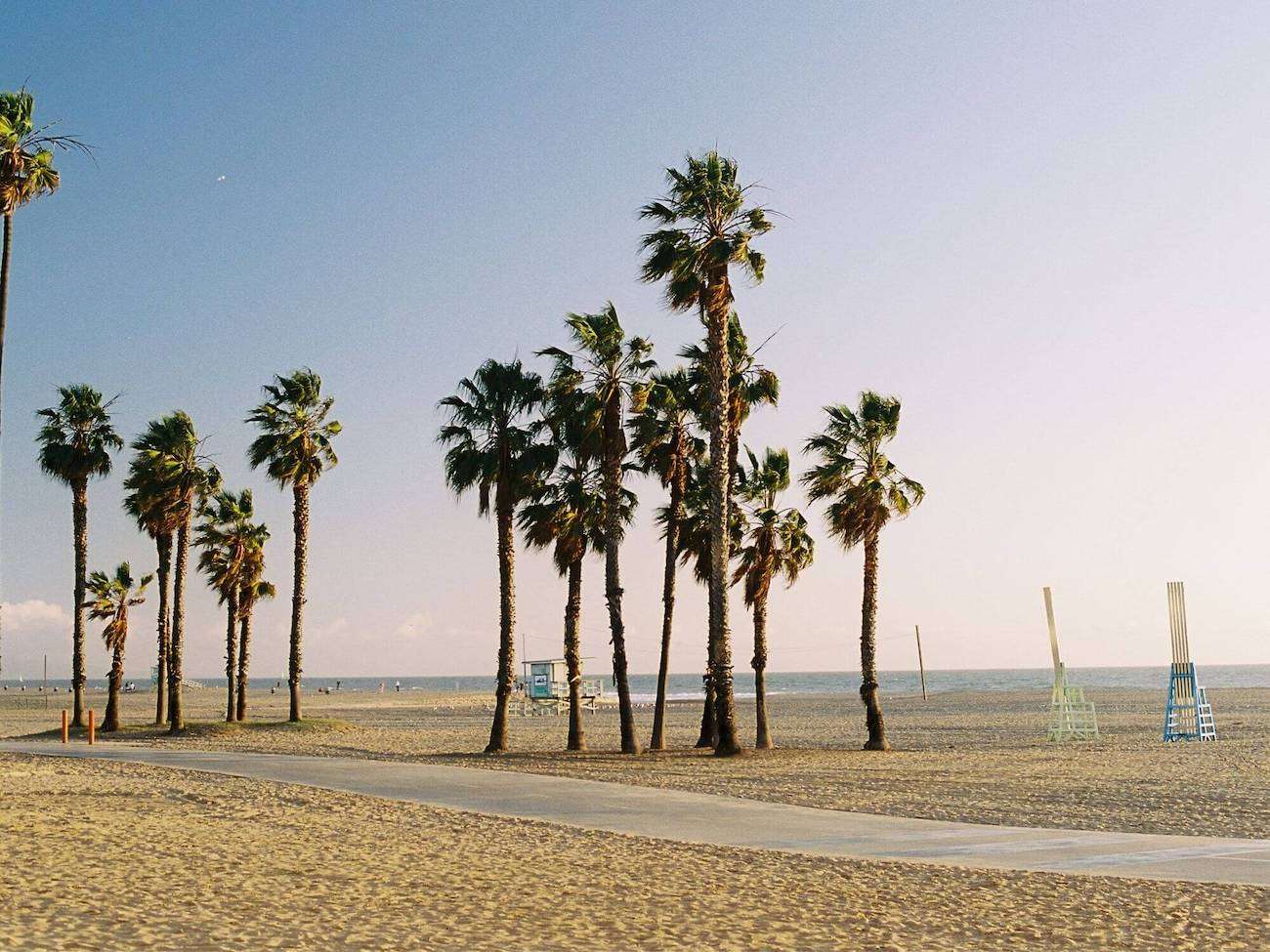 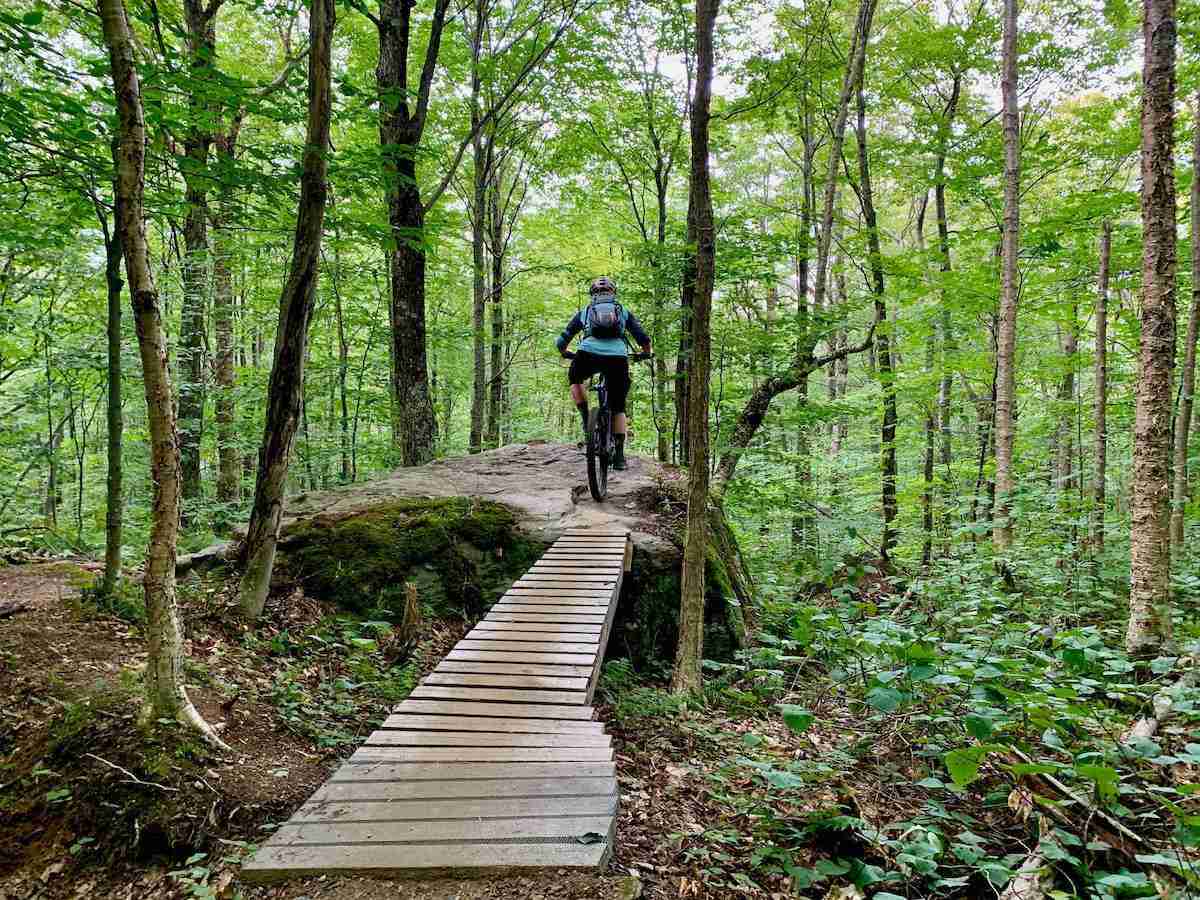 Pedaling uphill has never been my strength. In fac