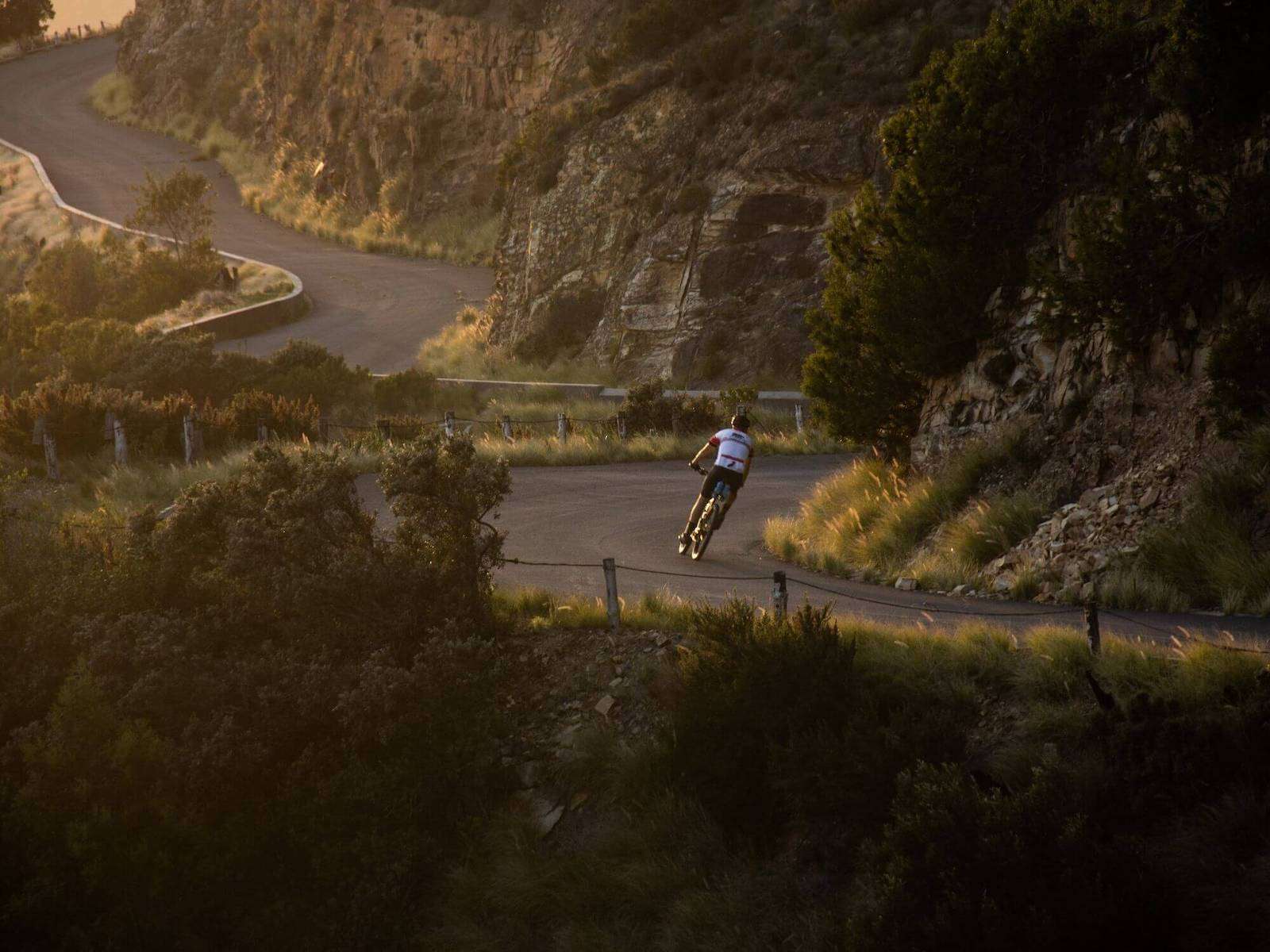 Need a little inspiration to fuel your ride or help you find the motivation to crush your two-wheeled goals? In this post, I’ve rounded up the best biking quotes and cycling quotes from both professional cyclists as well as everyday riders who simply enjoy the freedom and simplicity of bicycles.

Whether you’re looking for motivation for your own pursuits, inspiration for life, a bit of humor, or need help convincing your friends that bikes can save the world, you’ll find a great cycling quote below.

3. “Life is like riding a bicycle. To keep your balance, you must keep moving.”

4. “When the spirits are low, when the day appears dark, when work becomes monotonous, when hope hardly seems worth having, just mount a bicycle and go out for a spin on the road, without thought on anything but the ride you are taking.”

6. “Whoever invented the bicycle deserves the thanks of humanity.”

7. “Bicycles may change, but cycling is timeless.”

8. “My two favourite things in life are libraries and bicycles. They both move people forward without wasting anything. The perfect day: riding a bike to the library.”

9. “Every time I see an adult on a bicycle, I no longer despair for the future of the human race.”

10. “I asked God for a bike, but I know God doesn’t work that way. So I stole a bike and asked for forgiveness.”

11. “My bike is my gym, my wheelchair, and my church all in one. I’d like to ride my bike all day long but I’ve got this thing called a job that keeps getting in the way.”

12. “It’s the first machine we master as children and the one we abandon when the seductions of the automobile take over.”

13. “When you ride hard on a mountain bike, sometimes you fall, otherwise you’re not riding hard.”

Cycling quotes about the ride

19. “If you do something right the first time, then it’s not hard enough.”

20. “One thing that cycling has taught me is that if you achieve something without a struggle it’s not going to be satisfying.”

23. “The bicycle has a soul. If you succeed to love it, it will give you emotions that you will never forget.”

24. “The best rides are the ones where you bite off much more than you can chew, and live through it.”

26. “Pain is temporary. It may last a minute, or an hour, or a day, or a year, but eventually it will subside and something else will take its place. If I quit, however, it lasts forever.”

28. “The cyclist is a man half made of flesh and half of steel that only our century of science and iron could have spawned.”

29. “I thought of that while riding my bicycle.”

Albert Einstein On the theory of relatively, theoretical physicist

30. “Nothing compares to the simple pleasure of a bike ride.”

31. “When I go biking I am mentally far, far away from civilisation. The world is breaking someone else’s heart.”

32. “Bicycles are the indicator species of a community, like shellfish in a bay.”

33. “One of the most important days of my life was when I learned to ride a bicycle.”

35. “When the spirits are low, when the day appears dark, when work becomes monotonous, when hope hardly seems worth having, just mount a bicycle and go out for a spin down the road, without thought on anything but the ride you are taking.”

Gary Fisher, Considered one of the Inventors of the modern mountain bike

37. “The bicycle is just as good company as most husbands and, when it gets old and shabby, a woman can dispose of it and get a new one without shocking the entire community.”

38. “I relax by taking my bicycle apart and putting it back together again.”

39. “There is beauty in silence and there is silence in beauty and you can find both in a bicycle!”

40. “The bicycle has done more for the emancipation of women than anything else in the world.”

42. “The bike will transform anyone who is willing to let it happen.”

43. “Those who wish to control their own lives and move beyond existence as mere clients and consumers—those people ride a bike.”

44. “Life is like riding a bicycle: you don’t fall off unless you stop pedaling.”

45. “Bicycling is a big part of the future. It has to be. There’s something wrong with a society that drives a car to work out in a gym.”

47. “You have no such accurate remembrance of a country you have driven through as you gain by riding a bicycle.”

48. “A bicycle ride around the world begins with a single pedal stroke.”

Scott Stoll, Adventurer (and yes, he pedaled around the world)

49. “Cyclists see considerable more of this beautiful world than any other class of citizens. A good bicycle, well applied, will cure most ills this flesh is heir to.”

What are your favorite biking quotes or cycling quotes? Did I leave any out? Let me know in the comments!