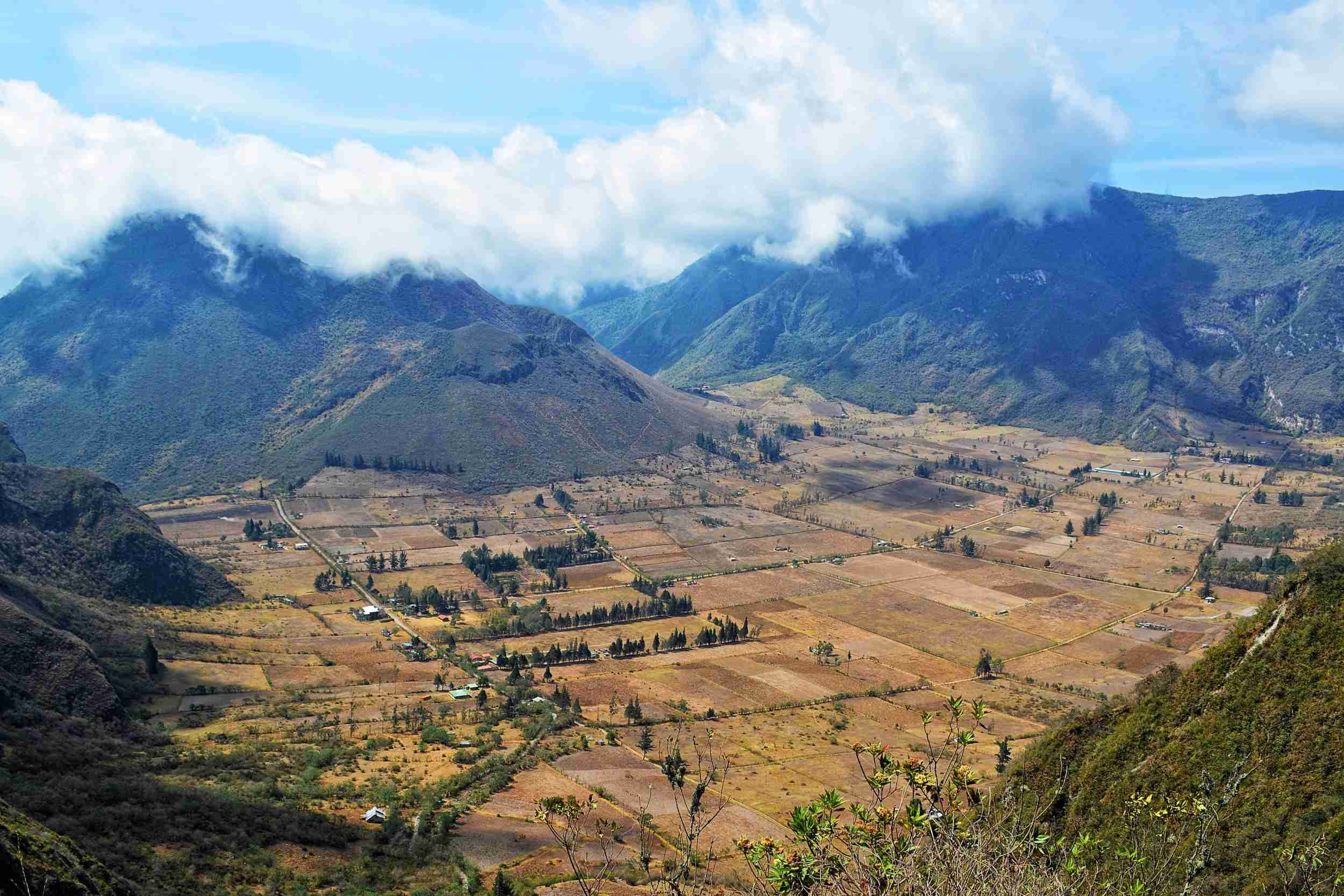 After breakfast at our hostel in Quilotoa, we visited the edge of the crater one more time to see it in the morning light. But since it was so windy and cold we didn’t stay long. Despite the chill we started biking right from the rim, layering ourselves with shirts, jackets, and windpants to keep ourselves warm for the long descent down to Zumbahua, where the Saturday market is held. We coasted and occasionally pedaled against the wind for 14 or so kilometers, passing beautiful vistas with mountains as the backdrop and field after field of vegetable crops.

When we reached Zumbahua, we loaded the bikes back onto the jeep and set off into the crowd of brightly dressed Indians, tethered sheep, live chickens, and men and women selling every sort of necessity – from shoes to toothpaste to red bananas (of which we bought a few). C and I wandered around for about an hour and we each purchased a traditional sweater made out of soft alpaca hair. They’re so comfortable!

After the market we drove for about 45 minutes along a winding road that eventually took us back up to the top of a mountain with spectacular views all along the way. Arie let us out of the car and we mounted the bikes for our second ride of the day. It began with a 5 kilometer gradual decline and then we climbed for a steady 4 kilometers, but it was no where near as difficult as our first ascent, even with the strong headwind. At the top we were rewarded with a 25 kilometer descent into the town of Pujili. The road was being worked on, though, so it was a bit nerve-wracking to have large dump trucks pass us on the switchbacks, but we made it down fine and Arie was waiting for us at the bottom with snacks.

Then it was back into the car for a longish drive to Riobamba where we would be spending the night.