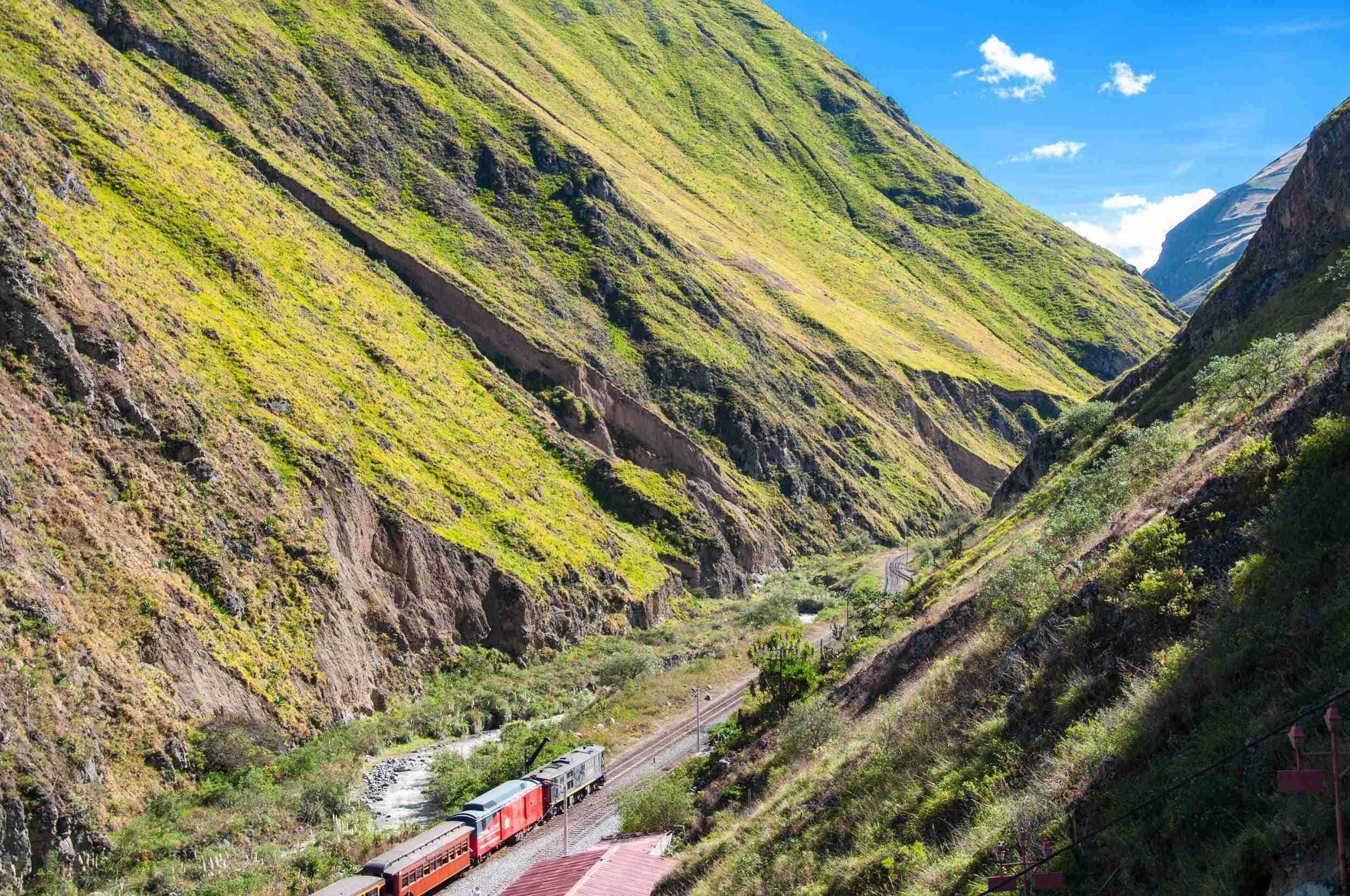 Today we went from 5,000 meters (16,400 feet) to 2,580 meters (8,465 feet), by bike. That’s an 8,000 foot drop in just about 4 hours. Crazy! Not to mention the temperature change, which I’ll get into in a little bit. We left Riobamba at 7:30 this morning and drove for an hour and a half up the slopes of Chimborazo volcano, the highest volcano in Ecuador at 6,310 meters (20,700 feet), making it the tallest volcano on the earth (not sea level) and the closest to the sun. It was pretty cloudy as we drove up the slopes, but we caught a few glimpses on the way of the volcano’s snowy banks. After reaching the first refuge (which is where climbers spend the night before attempting to summit) at 5,000 meters, though, all we could see were dark, misty clouds that enveloped us as well as Chimborazo’s peak.

We had a quick look at the basic, but functional refuge, complete with a dorm room, kitchen, dining area, and fireplace and then C and I bundled up for the 200 meter (650 foot) hike up to the second refuge. Our guide book says, “at an altitude of 5,000m, there’s only a 200m vertical height gain between the refuges, but it can be totally exhausting if you’re not acclimatized.” Luckily C and I were at 13,123 feet on Cotopaxi, but we were still huffing and puffing with every step as we made our way up the gravelly slope toward the snow line and Whymper refuge (named after Edward Whymper, who made the first ascent of Chimborazo in 1880). The clouds were still obscuring the peak as we climbed, and rested, and climbed again, but when we were only about 150 feet from the refuge, the clouds parted, the sun came out, and we were rewarded with a spectacular view of Ecuador’s highest volcano. It was magnificent. With renewed energy and breath, we climbed the last few feet and spent the next half hour or so admiring the snowy slopes of Chimborazo. I had thought that it would be a lot more colder than it was, since Cotopaxi was absolutely freezing, but it really wasn’t too bad. The hike up got our blood pumping and our outer shells kept most of the wind chill away. The clouds began to roll in again, slowly returning Chimborazo to obscurity, so we started heading back down the trail toward the refuge.

Arie greeted us with hot tea and coffee to warm our hands before embarking on a 75 kilometer (46 mile) and 8,465 vertical foot decent by bike to Ambato. Before we left, though, we were graced by the appearance of a fox!

The first part of our ride was extremely windy and cold. We biked down from the refuge on a dirt road, spotting herds of vicuñas (similar to llamas and alpacas) in the open, dusty brown paramo, and trying to keep warm against the blustery wind.

We eventually reached a paved road, but even though it was a slight downward gradient, we still had to pedal hard because of the headwind. This went on for about 18 kilometers until we turned off onto another road that would take us along a spectacular valley road with stunning views of waterfalls, white-water rivers, and tall, jagged canyon walls suffused in green. It was a little slice of heaven. Some of the scenery we encountered rivaled the beauty of many other places that I have traveled to.

At 17 kilometers short of Ambato, we stopped for lunch beside a small hydro-electric dam. We also shed some layers because it wasn’t nearly as cold and windy as it had been up at 16,400 feet! We biked the last few kilometers and then Arie met us again by the side of the road and we hoisted the bikes up to the roof and set off, by car, to Baños where we will spent the next two nights. Baños is situated just beneath the active volcano of Tungurahua, which last erupted in 2006. The woman at the front desk of our hotel informed us when we arrived that there were five blasts last night from Tungurahua. Not sure what the blasts entailed, but I’m hoping that whatever they are, they’re minor…