There’s a lot to see and do in the Big Easy so why not take it all in on two wheels? Biking in New Orleans is actually really awesome, as I found out. The French Quarter is a perfect place to explore by bicycle thanks to the narrow streets, slow traffic, and abundant New Orleans bike rental shops.

Farther afield, you have City Park which can be accessed via bike paths and bike lanes and there is a surprising amount of paved multi-use paths around the city like the Mississippi River Trail, Pontchartrain Lakefront Trail, and my favorite, the Tammany Trace.

So if you’re heading to New Orleans and want to see it from the seat of a bike, read on to learn how!

Ready to do some New Orleans biking? Here are the best biking routes, tours, rentals shops, and more

What to expect when biking in New Orleans

Before setting out on your bike adventures, here are a few things you should know about biking in New Orleans:

There are a number of places to rent bikes in New Orleans. Here are a few of the top New Orleans bike rental companies:

I highly recommend taking a bike tour of New Orleans! It’s a great way to see the city. You can cover more ground than a walking tour and no need to keep getting on and off a tour bus.

I did two bike tours while I was in New Orleans and they were both great. Read about my e-bike tour with Buzz Nola here.

If you’re looking to explore New Orleans biking on your own, here are the best trails, paths, and routes:

As you exit the dock, take a left onto the paved path and cycle for about 5.5 miles before turning back. The Mississippi River Trail continues in the other direction as well but isn’t quite as nice or scenic.

On the north side of the river, the Mississippi River Trail extends west of the city for about 27 miles to the Bonne Carré Spillway in St. Charles Parish (57 miles roundtrip). Of course, you don’t need to do the whole thing since that’s a big pedal even though there’s virtually no elevation gain.

To be honest, though, this route isn’t really that nice. Most of the paved path passes through industrial areas and past run-down neighborhoods.

I would only recommend this route to avid cyclists looking to lay down some miles.

The French Quarter is a great place to explore by bike. The streets are narrow and traffic is slow, so you don’t have to worry about speeding cars. There are a number of New Orleans bike rental companies in the French Quarter (see above) and I highly recommend taking a bike tour. The e-bike tour with Buzz Nola was fantastic!

If you want to do your own bike tour of New Orleans, start in the French Quarter and pedal up Esplanade Avenue. You’ll pass by beautiful mansions, old oak trees, and cute cafes. Esplanade Avenue will take you to City Park where you can pedal all the way out to the south shore of Lake Pontchartrain if you want.

To return, pedal down the other side of City Park (stopping at Cafe Du Monde for a treat!) and return to the French Quarter via Bayou St. Jean and the paved Lafitte Greenway bike path.

This ride is about 14.8 miles and a great way to spend a day.

Unfortunately, I didn’t get to explore much of the Pontchartrain Lakefront Trail other than the short section I did in the Self-Guided City Park ride above, but it is beautiful! The paved path spans 12.3 miles one-way from the Grandlake Estates Neighborhood to Bucktown Harbor Marina. You can also pick it back up on Lakeshore Drive to the east.

Lake Pontchartrain is a huge lake covering over 630 square miles. It kind of feels like you’re pedaling along a seaside path.

Audubon Park is a pretty park in the Garden District of New Orleans. There’s a paved path that circumnavigates the whole area and it’s about 3.7 miles total. This would be a great option for families with kids, especially if you want to stop by the Audubon Zoo after. Be sure to visit the magical Tree of Life!

For more things to do in Audubon Park, check out their website.

If you do visit Audubon Park, be sure to grab lunch at nearby Tartine. Their quiche and soups are delicious.

The Tammany Trace is Louisana’s first and longest rail-trail. The paved path is 28.2 miles long (one-way) and is located north of New Orleans between the towns of Covington to the west and Slidell to the east. Along the way, it connects the small communities of Abita Springs, Mandeville, and Lacombe as well as Fontainebleau State Park.

The Tammany Trace was one of my favorite New Orleans biking experiences because not only is it beautiful and uncrowded, but it also and offers numerous unique and colorful places to stop and explore, like the Mystery House, which is a must!

There are several trailheads that access the Tammany Trace. You could ride the full trail as an out-and-back, which would be 57 miles. I chose to split the trail into two days and started at each ending trailhead: Covington and Slidell. If you only have a few hours to spend on the trail, definitely start from the Covington Trailhead.

For a complete guide on cycling the Tammany Trace, head over to this blog post.

Which of these New Orleans biking adventures looks the most fun to you? Have you biked in the Big Easy? What questions do you still have? Leave a comment below!

Hi there! My name is Becky and this is my bike travel blog. I’ve always loved exploring the world on two wheels and it’s my mission to help others do the same! My first love is mountain biking, but I’ll never say no to any two-wheeled adventure. 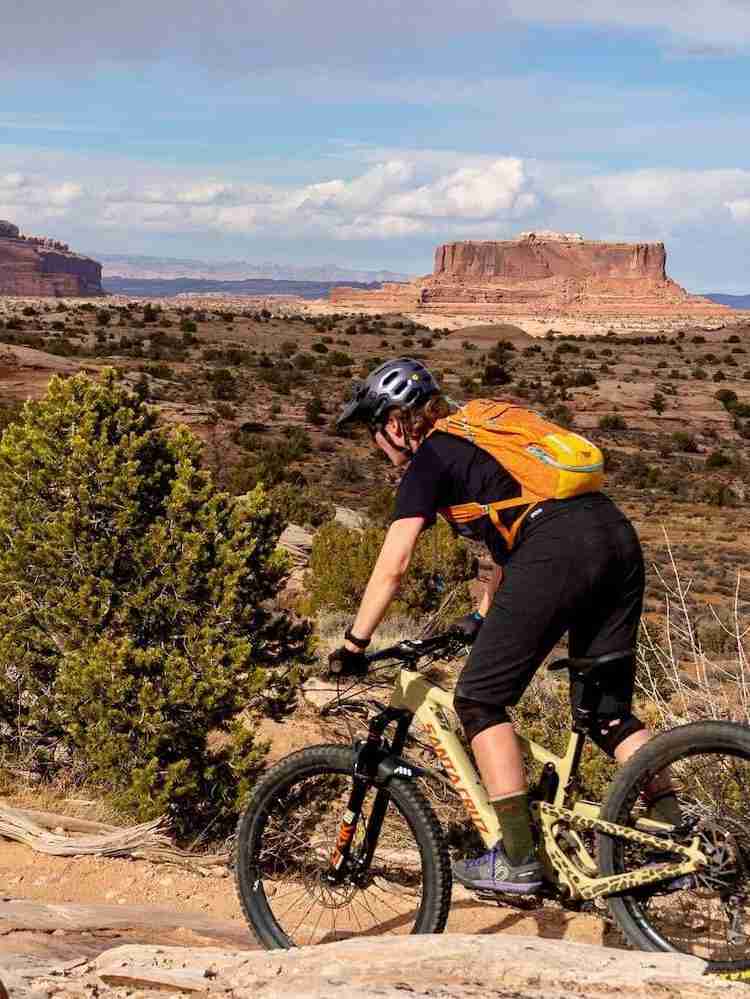 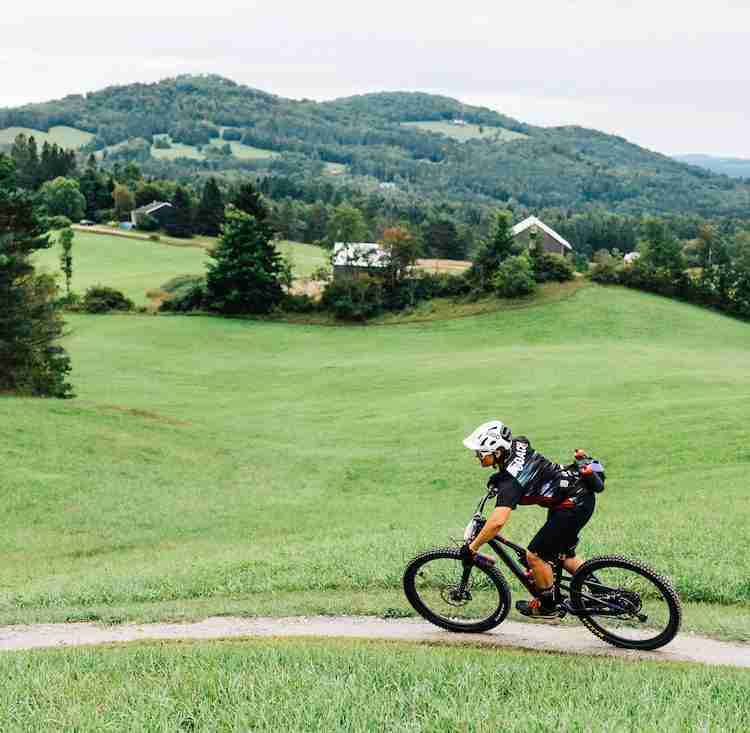 A Complete Guide To Mountain Biking The Kingdom Trails in East Burke, Vermont 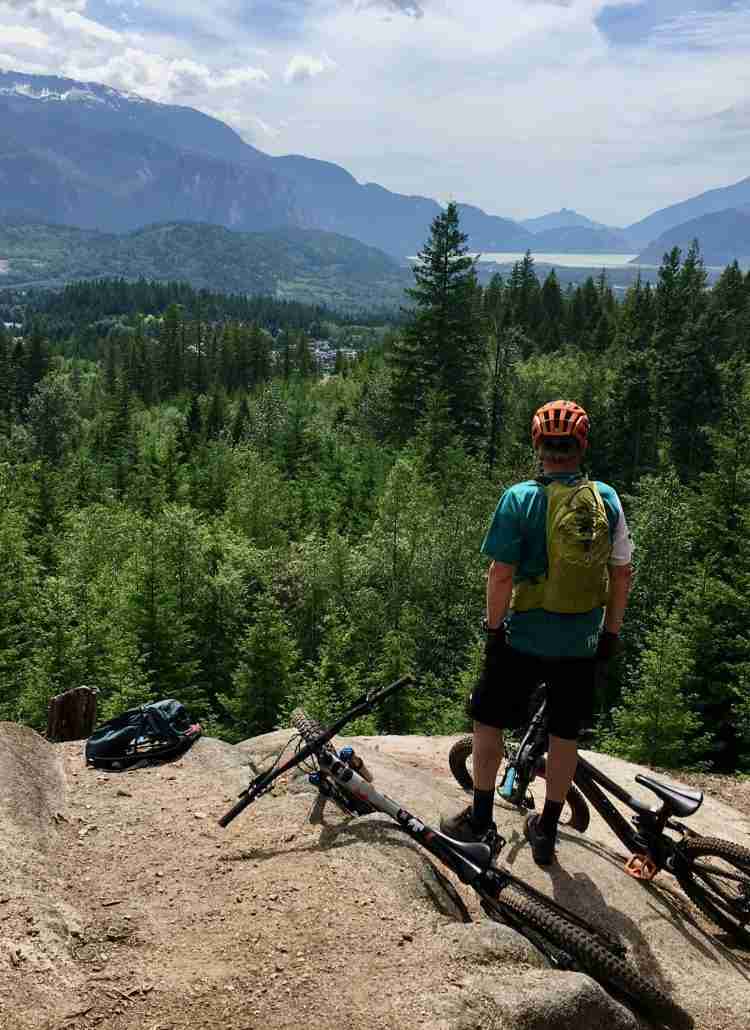 The 8 Best Mountain Bike Trails In Squamish, BC 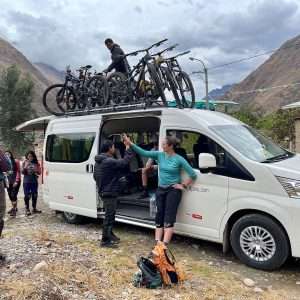 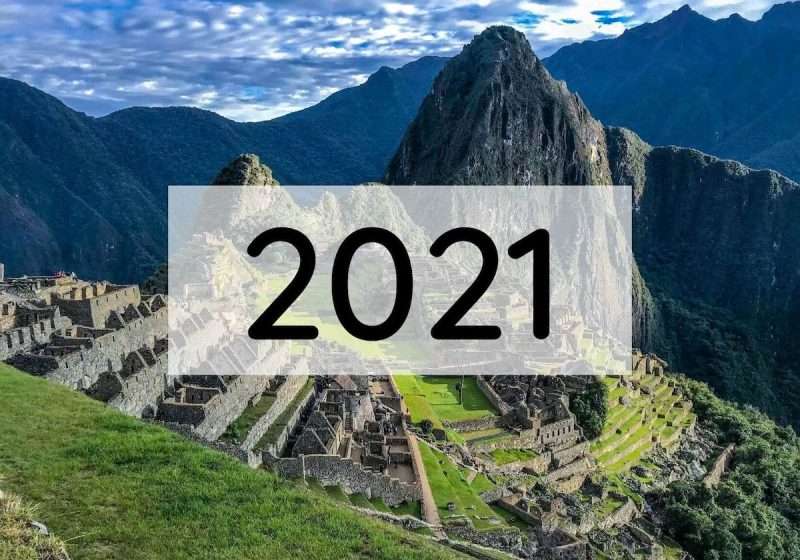 When I was in my 20s, I traveled the world almost

HANDUP Gloves are by far my favorite mountain bike

"Twenty years from now you will be more disappoint

Tag your adventure buddy! @michellethomas500 and I