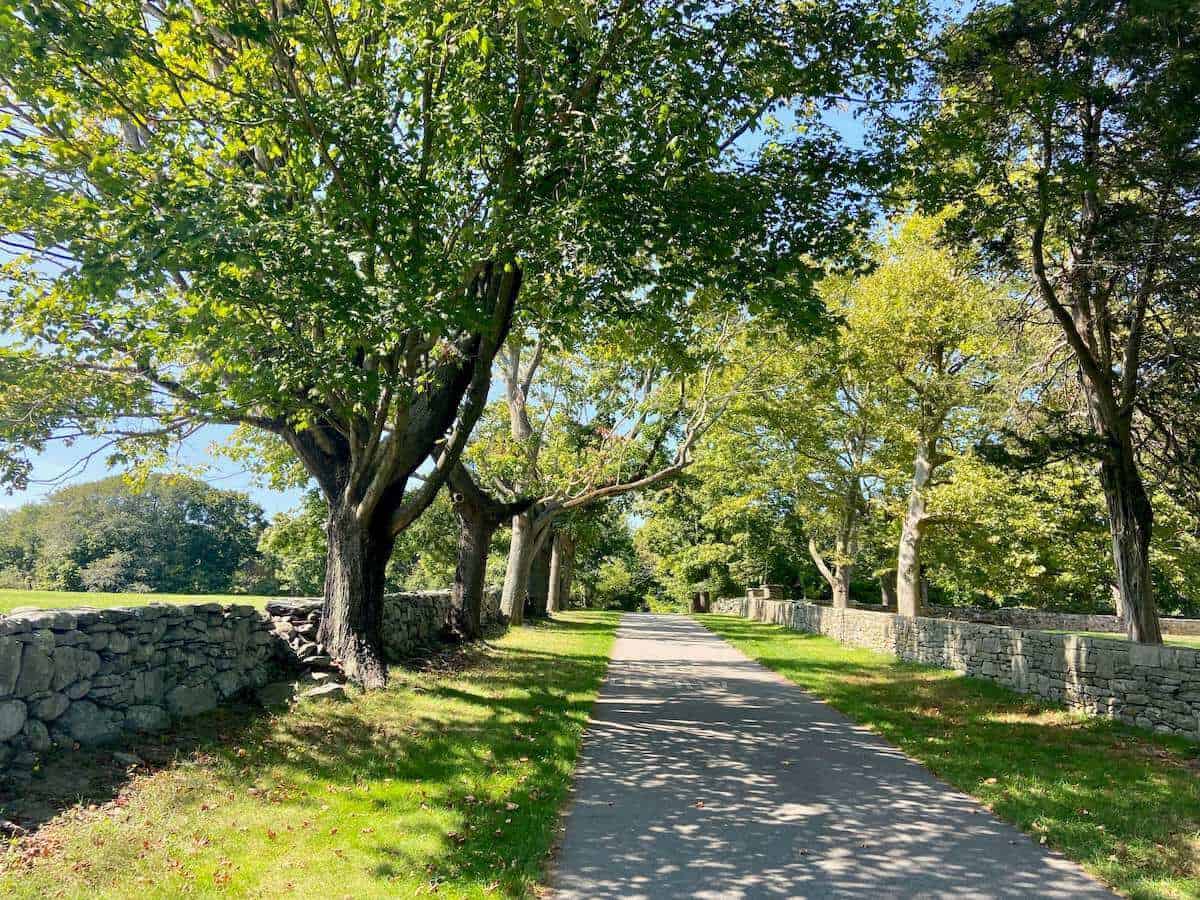 Despite its small size, Rhode Island is actually home to quite a few bike paths and rail trails. Several of them even span over 10 miles one-way and each of them offer its own unique sights and stops.

While I’m a mountain biker at heart, I do love a good spin on skinny tires down a flat and scenic bike path, so I was really excited to take on the challenge of checking off Rhode Island’s bike paths. In this post, I share which ones I think are the best plus a few tips on the best stops along the way.

I actually had a difficult time finding a road bike rental. I called several shops and even though they said they offered rentals on their site, they didn’t have any available. So I was super stocked when Dan from Little Compton Adventures had a bike I could use. As an added bonus, he gave me a private tour around Little Compton, which was awesome and beautiful!

The Blackstone River Bikeway is the crown jewel of Rhode Island bike paths. It’s super scenic and passes by a number of interesting features and historical sites from the birth of the American Industrial Revolution. If you only have time to do one bike path in Rhode Island, make it this one!

The multi-use paved path is currently 10 miles (one-way), but the vision is to build an uninterrupted 48-mile path between Worcester, MA and Indian Point, Rhode Island.

This stretch is known as the Blackstone River Valley National Heritage Corridor, which is a National Parks Service National Historic Park.

The East Bay Bike Path stretches continuously for over 14 miles from the outskirts of Providence all the way down to the quintessential Rhode Island town of Bristol.

Because of its proximity to the city as well as its beautiful water views and path-side restaurants, this bike path is definitely more popular and busier than the other paths in the Ocean State.

But for good reason.

The sailboat-studded vistas out onto the bay are beautiful and there are tons of great stops along the way depending on what you’re interested in: delicious food, museums, beaches, and more.

A great side-loop from the East Bay Bike Path is the Colt State Park Loop. Admittedly, I kind of got lost doing this loop, but Colt State Park is really beautiful, so it’s hard to get frustrated if you get lost there 🙂

Located in the northeast corner of Rhode Island, the Ten Mile River Greenway is a really nice, scenic pedal along Ten Mile River and the James Turner Reservoir. When I rode it, there were actually dozens of swans hanging out on the lake, which was really cool too see.

This bike path is one of the few bike paths in Rhode Island that was not built on a former railroad. As such, it follows the natural contours of the land. While it’s still pretty darn flat, the paved path is a bit more undulating than other bike paths on this list.

The William C. O’Neill Bike Path (formally known as the South County Bike Path) follows a portion of the railbed of the Narragansett Pier Railroad, which ran from 1876 to 1981.

I rode it with my mom (on her birthday!) and we had a great time cruising along the pretty paved path through densely wooded areas and exploring the Narragansett Pier.

The trail ends behind the Narragansett Elementary School, but there are plans to extend it another mile. If you’re up for a bit of off-road adventuring, there is actually a dirt trail – the Canonchet Farm Trail – that continues from the Community Center down to Narragansett Beach. I would only recommend taking this route if you’re on a gravel bike with wide tires or a mountain bike. It’s fun, though!

If you want to stay on the road to get to the water just hop on Mumford Road from the Community Center and then take a left on Kingston Road. This will lead you to the pier.

Important note: There are a few sections of this bike path that are on quiet roads. Just keep following the signs for the bike path.

Starting in the east, the Trestle Trail and Conventry Greenway make up about 5 miles of the Washington Secondary Bike Path and these miles are by far the most scenic.

If you’re looking for a nice 10-mile pedal, I recommend just doing this portion of the bike trail. The trail passes through verdant forest (in the summer) and past small ponds and marshes. It’s quite nice!

The remaining 14 or so miles of the Washington Secondary Path into the outskirts of Providence are meh. There are some scenic stretches, but also quite a few road crossings and industrial areas.

The pavement isn’t as great either from roots and frost heaves. This part of the path is great for locals who live in the area, but could definitely be skipped if you’re just visiting Rhode Island.

There are three more bike paths in Rhode Island that I haven’t ridden yet:

What are your favorite bike paths in Rhode Island? Did I miss any? Leave a comment below!