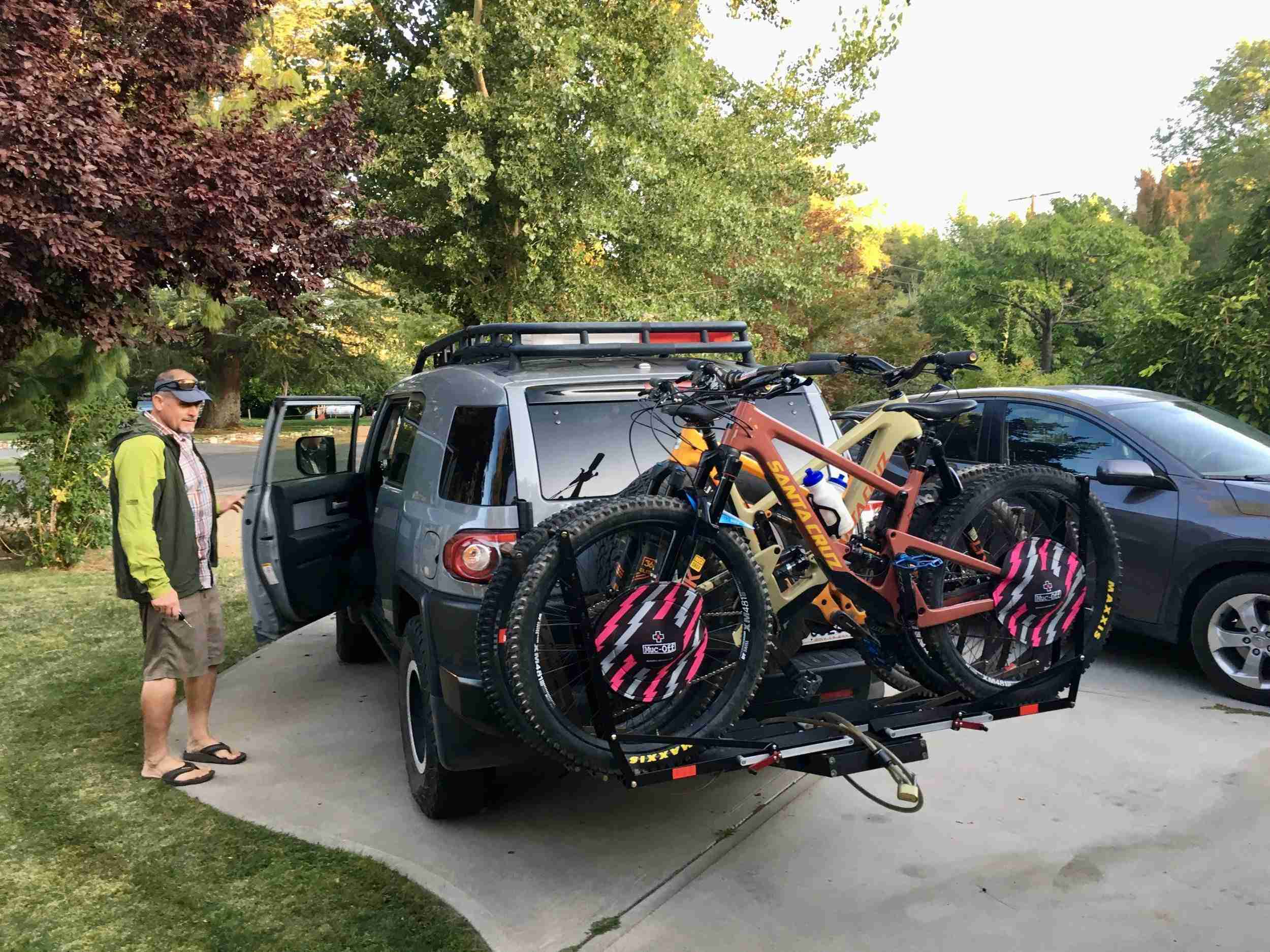 This past fall, Andy and I headed out on a three-week mountain bike road trip around the southwest and it was flippin’ awesome. So much riding, so much diverse terrain, and so many sweet trails. And all the good food! We started in Bishop, CA (home base) and covered almost 2,500 miles, five states, two bike parks, and far too many miles of mountain bike singletrack to recount. It was epic. Below is a plushed-up itinerary that we semi-followed. The truth is that we didn’t actually make it to Hurricane and we didn’t ride in Las Vegas (this time) and we chose to ride Flagstaff over Sedona, but that just goes to show how many riding options there are in the Southwest during the cool fall temps and changing foliage. There are infinite ways to tailor this itinerary to your mountain biking needs (or timeframe) but I’ve the starred the highlights that you really should not miss!

A note on accommodation: We chose to stay in a combination of hotels (yay for points!), Airbnb’s, and VRBO’s, but even with points it was a bit expensive. Other options to cut down on costs (because three weeks is a lengthy amount of time) are to mix it up with camping (check out The AllStays app), renting an RV or camper van, or getting lucky with a housesitting gig.

DAY 1: Get yourself to Moab

Wherever you’re starting from (LA, Las Vegas, SF, etc…) the first step is getting yourself to Moab. Fly, drive, rent an RV, whatever. We drove from our home base of Bishop, California and it took just over 10 hours. If you’re coming from afar, renting an RV or camper van could be a good, albeit pricy, option but you also wouldn’t have to shell out for accommodation.

We had two and a half days in Moab but I would recommend three full days. We rode The Whole Enchilada on day one and followed that up with an awesome few hours on Captain Ahab the following day. As we were heading out of town on day three, we hit up the Brand Trails and did a quick lap on EZ, Lazy, and North 40. I would have loved to ride Mag 7 and/or Navajo Rocks as well!

It’s about a 4.5 hour drive from Moab to Crested Butte and there’s a great riding area on the way just outside of Gunnison: Hartmans Rocks. We were feeling pretty tired already, but hit it up if you’re feeling fresh! For our first day in Crested Butte we rode Teocalli Ridge. Yeah… It’s a beautiful trail up to the top of the ridge, but the climb itself is brutal. If you’re not used to the 11,000+ feet in elevation, you’re gonna be hurting. I’m not saying don’t do it. But just know that the climb feels like f.o.r.e.v.e.r.

We also did Dr. Park, which was ridiculously fun. I would recommend trying to get a second car or make friends to help shuttle because without two cars the climb is almost 12 miles up a dusty dirt road. But it’s totally worth it!

Lastly, we hit up the Evolution Bike Park for a day and had a blast! It’s a pretty small park (30 or so miles) but it has some great trails and features and let’s be honest, lift service is pretty nice sometimes…

***NOTE: The lifts at Evolution Bike Park only run on Saturday and Sunday starting in early September. Make sure you hit the park on a weekend!

One trail that we didn’t do that I wish we had is Trail 401. I hear that it’s beautiful and that the climbing isn’t all that bad (compared to Teocalli at least). In the spring it’s the trail to ride for wildflower viewing and I suspect that in the fall the golden aspens are a sight to see.

It’s a pretty full day drive from Crested Butte to Angel Fire, New Mexico (6ish hours) BUT if you have it in you, take a detour over to Buena Vista and ride Vitamin B Trail. It was seriously my favorite trail out of the whole trip. It only adds about 45 minutes to the drive if you go over route 306 and I’m telling you, it’s so much fun! If you don’t have a second car to shuttle (sad) there’s a 6-mile fire road climb that isn’t too brutal, just long. Then Vitamin B Trail is full on. Lots of tricky technical sections and lots of rock rollers. You’ll probably walk some sections but even so it’s amazing.

For our first full day in Angel Fire we did the South Boundary IMBA Epic. It was fun, but a little ho hum. If you like cross-country you’ll love this trail. Although there is about 4 miles of legit DH near the end.

Then we spent two full days at Angel Fire Bike Park and it was awesome! The people who built these trails knew what they were doing. It’s got fast and flowy trails, dialed jump lines, multiple old-school DH tracks (including a world cup run), and super awesome features – natural and manmade. Definitely commit to at least two days here!

***NOTE: The lifts at Angel Fire Bike Park only run on Friday, Saturday, Sunday starting in mid-August. Make sure you hit the park on a weekend!

Day 13 is going to be a rest/drive day because it’s an 8 hour drive from Angel Fire to Sedona. By this point you probably need a day off the bike! On our trip we actually rode in Flagstaff instead of Sedona because I had never ridden up there before, but because of the 2019 Museum fire we found out that a lot of the trails are still closed. And because Sedona is my FAVORITE place to ride, it definitely beats out Flagstaff now that I’ve seen some of the trail network up there.

If you have three full days to spend in Sedona I would recommend riding these three intermediate/expert loops:

Next up, Hurricane, Utah – the lesser-known Moab. I love Hurricane for its cool rock riding, awesome views of Zion, and (slightly) less popularity than other mountain bike hubs. We didn’t visit Hurricane on this trip, but I’ve been several times before and it’s definitely a highlight for any southwest mountain bike road trip. There’s an IMBA Epic in Hurricane called the Hurricane Rim Loop that is a decent pedal (if not the most exciting riding of the area).

Vegas baby! Just kidding… that is totally not my scene. But the riding around Vegas definitely is. It is surprisingly awesome. Depending on how tired you are at this point (or maybe you started in Vegas!) there are options for easy pedaling, middle-of-the-road tech, and full-on DH. One of my favorite DH trails – Bone Shaker – is in the Cowboy Trails but there’s also amazing DH in Bootleg Canyon – it’s just not for the casual riders. For easy(er) pedaling check out White Mesa and Mt. Charleston.

This is a long road trip, but the route is easy to tailor to your timeframe and/or mountain bike preferences. Only have one week? Just focus on Moab and Hurricane. Want more bike park and less pedaling? Make Angel Fire and Crested Butte the focus. Whatever route you choose, I’m sure it’ll be epic. 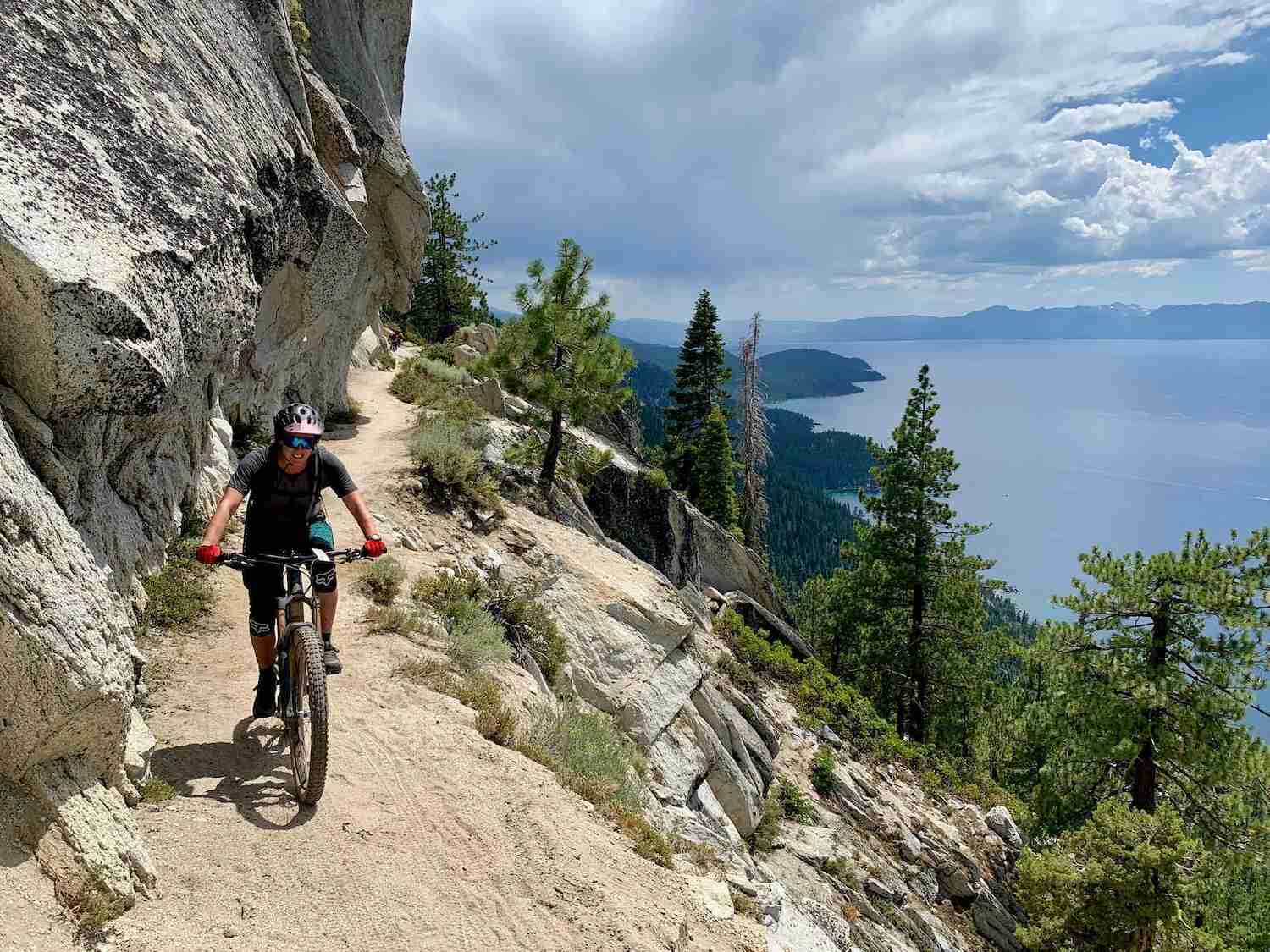 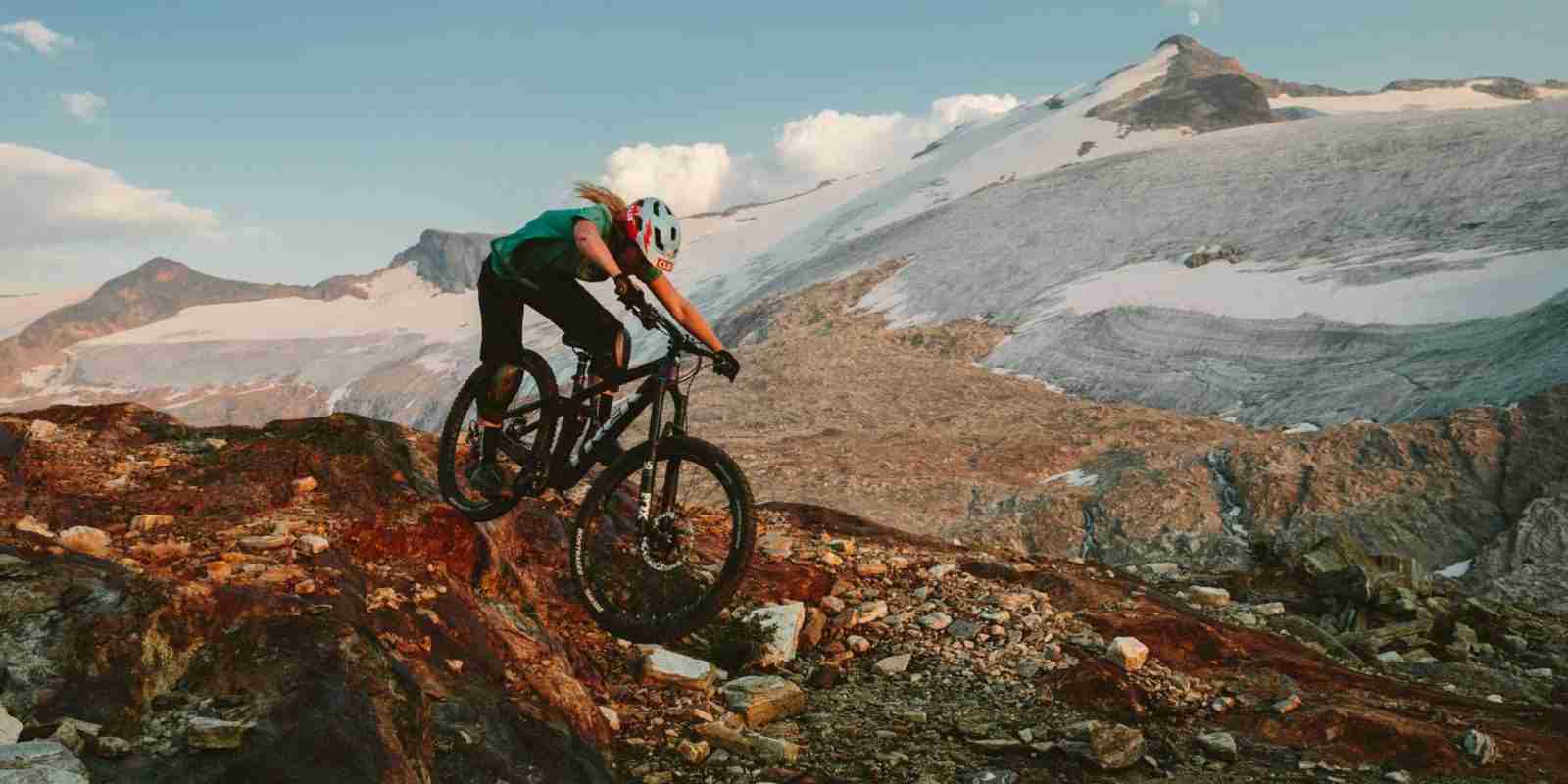 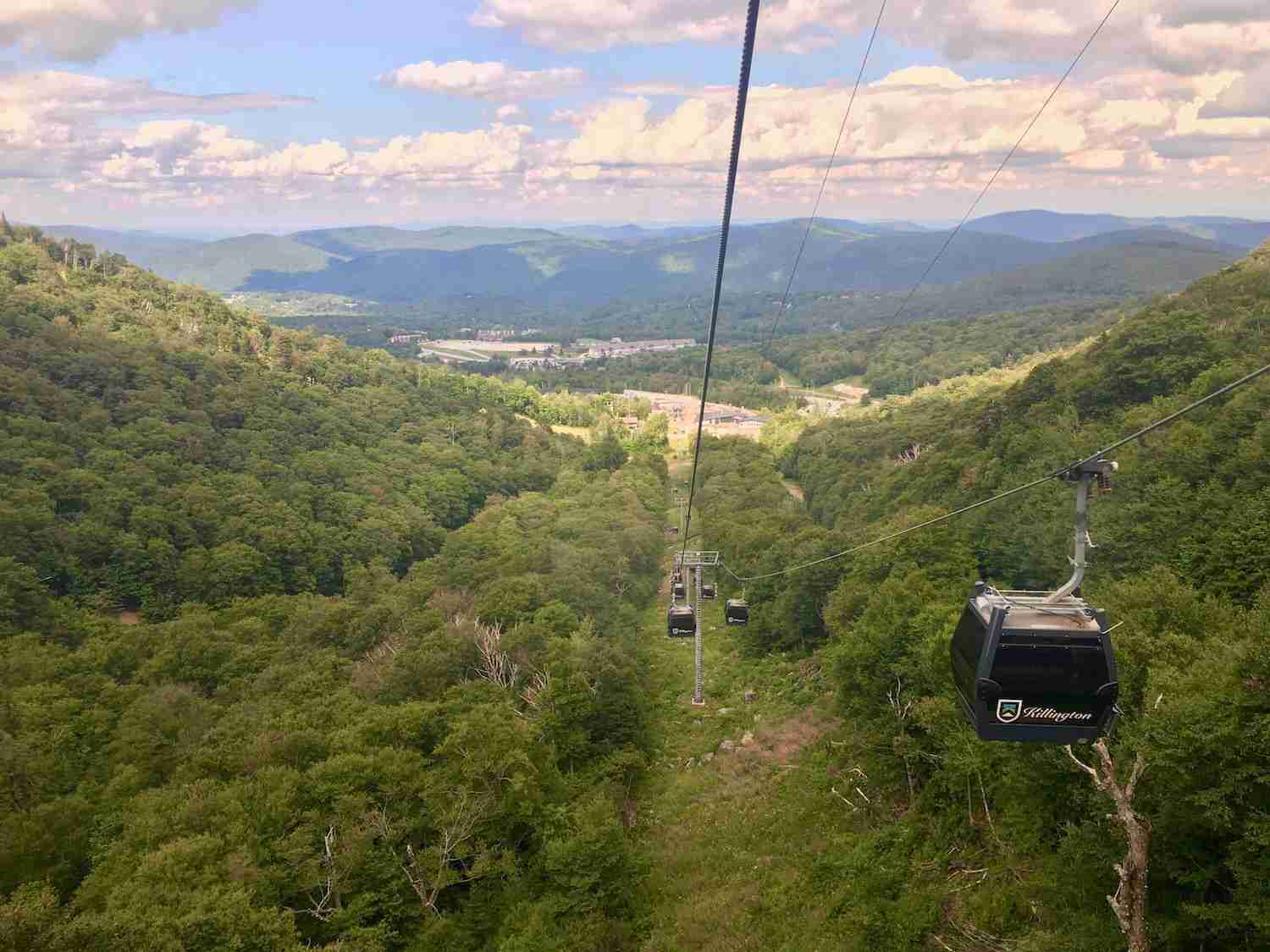 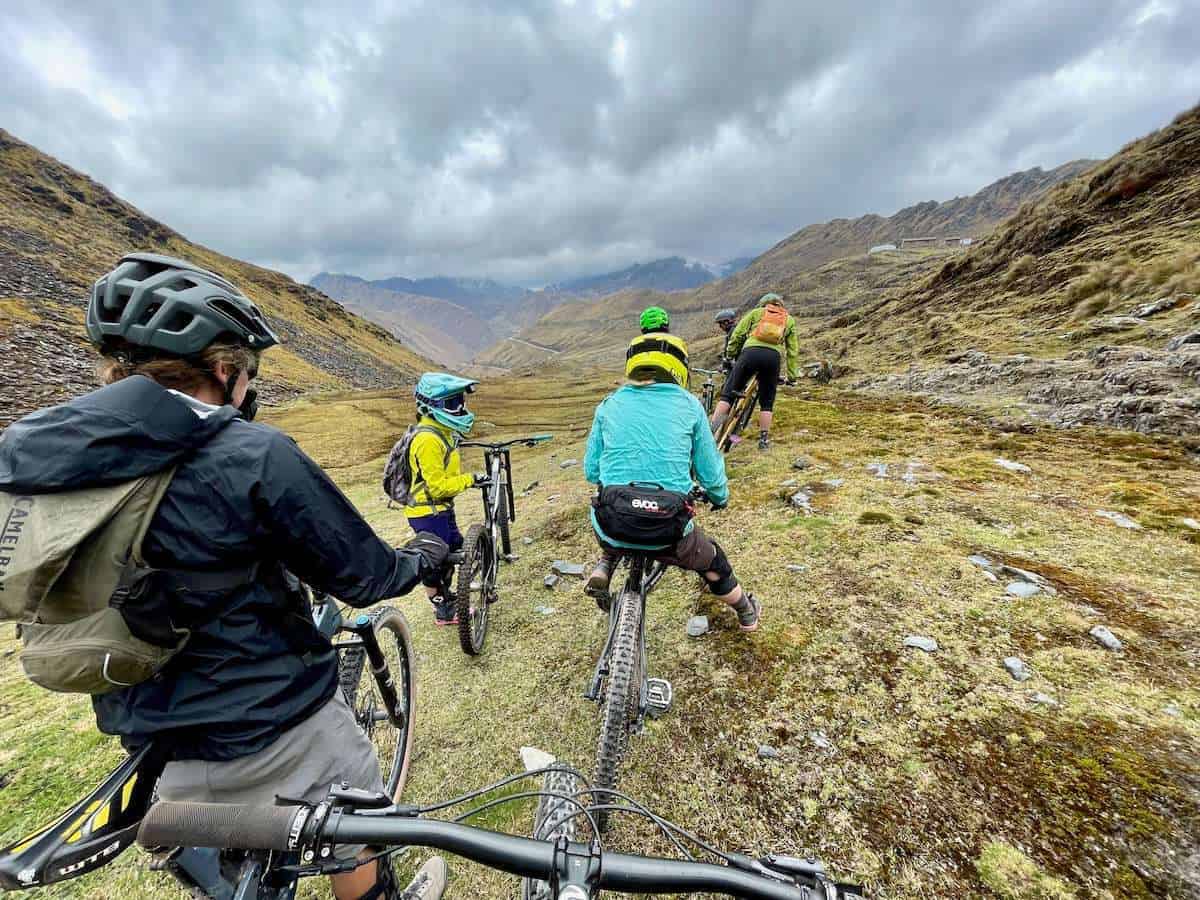 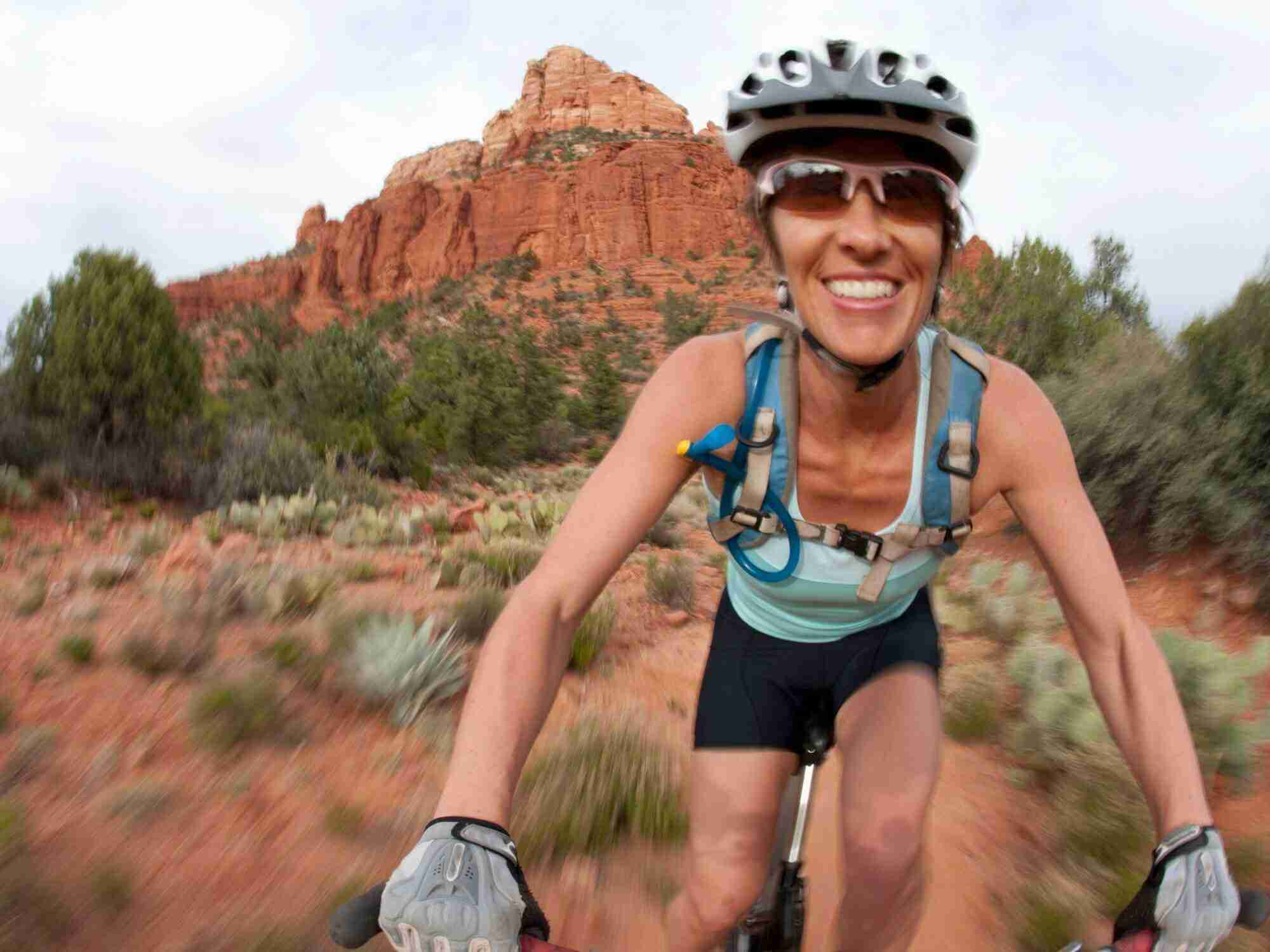 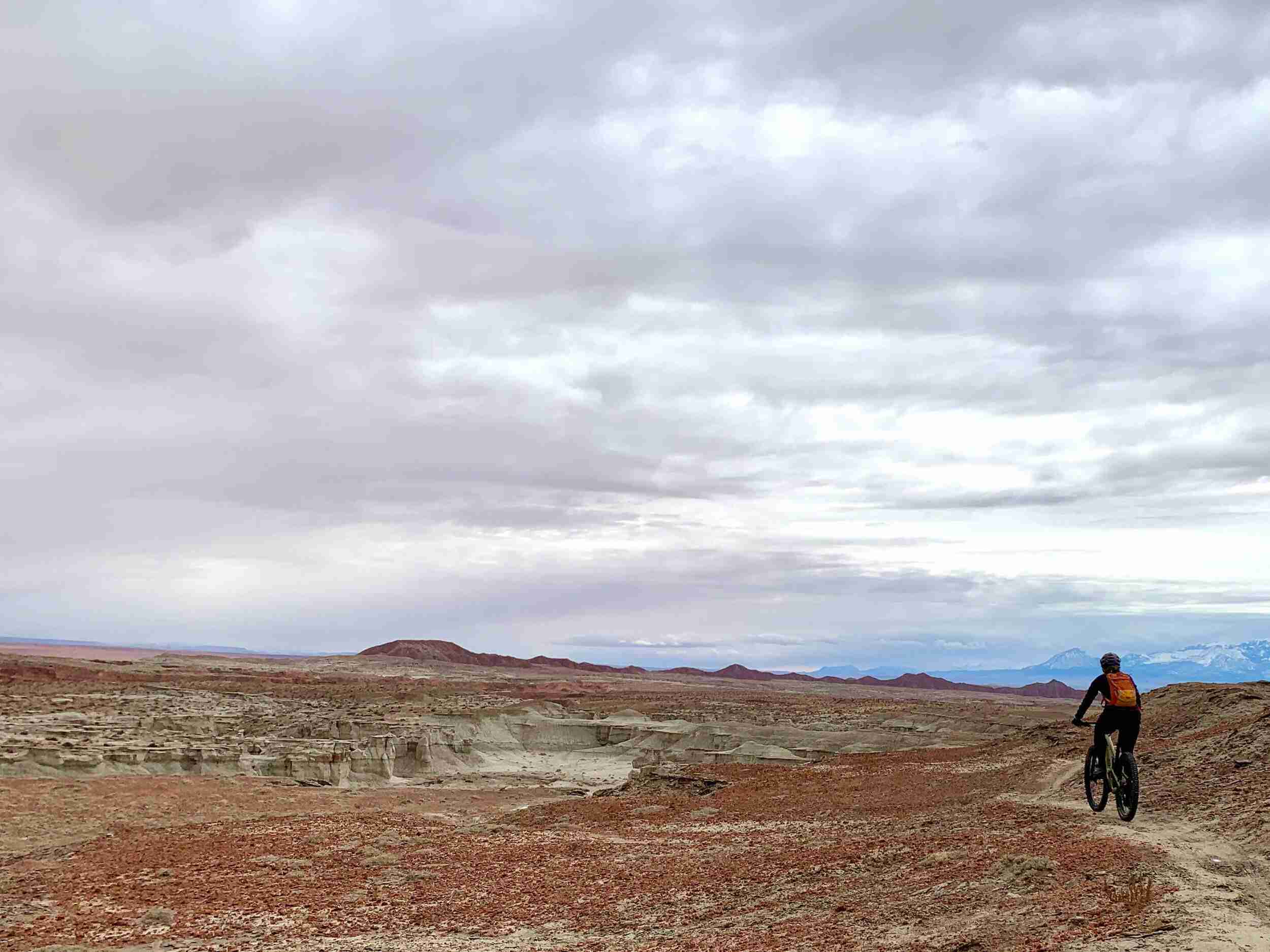